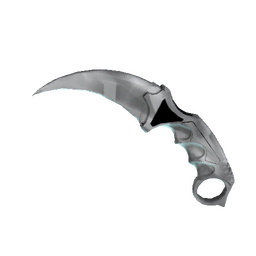 HellRaisers got off on the right foot at the SL i-League StarSeries with a stunning 16-10 victory against FaZe on Cache.

The match began with HellRaisers taking the lead with a near-flawless CT pistol, but then FaZe replied with their usual force buy prowess and tied up the score, with Aleksi "⁠allu⁠" Jalli getting three kills to his name.

FaZe put together a small run of rounds and jumped out to a 5-1 lead. Vladyslav "⁠bondik⁠" Nechyporchuk put his team back in the game with a trio of kills in the boost position, with HellRaisers going on to win three of the next four rounds, forcing FaZe to call a tactical pause. The move did not alter the momentum of the game, however, as HellRaisers closed out the half with a 9-6 lead. HellRaisers prove that they cannot be taken lightly

HellRaisers further added to their lead with a fast A execute in the pistol round. After losing both eco rounds, FaZe were handed a heavy blow in the first gun round as Kirill "⁠ANGE1⁠" Karasiow cut off their rotation towards A with three quick kills.

With no money to work with, FaZe saw their opponents quickly reach match point. With their backs against the wall, FaZe strung four rounds together, but their comeback hopes were crushed by bondik, who clutched a 1v3 situation with 10 HP and a tec-9 to give HellRaisers an impressive victory against the No.4 team in the world.

PoTM: Bence "⁠DeadFox⁠" Böröcz was a key figure in the match, topping the scoreboard with 25 kills and a 1.34 Rating. The Hungarian sniper had at least one kill in 13 of the 16 rounds his team won and picked up five opening frags.

jormaj
NiKo has been playing quite shit recently. This seems to be Karrigan map veto shit once again. Cache is not a solid map for FaZe, they have not played it much officially. It is 2nd best map for HR. And FaZe veto'd their 2nd and 3rd best maps, overpass and mirage.
2017-04-04 18:26
#2

thooorin_destroyed_kng
FaZe is still the fourth placed team and they've been in the grand final in a 250k+ rournament recently.I f you look at them they should have all the advantages.So it is pretty surprising imo
2017-04-04 17:12
#14
shox |

catchwrestler
LOL best rated player in grand final against Astralis is a bot? He had one bad map dude. The 2nd best rated player on the team isn't a bot and he damn sure isn't garbage. If he's garbage, what does that make you? You're pure dogshit if Allu is 'garbage'. He's better then almost every other player on major teams, lol.
2017-04-04 18:13
3 replies
#85

bigb1rd
Good for them, hope they win more matches. They all played well and looked solid just like they have online. NiKo is fucking brilliant but still not enough for Faze to get close to winning
2017-04-04 17:10
#32
Xyp9x |

Old_Guy
Upsets are bound to happen with the Swiss system, there's still a bit of a chance that HR might make it to quarters but I doubt it, they always disappoint at events. I wish them the best, either way, GL to both teams.
2017-04-04 17:10
#33

f0xes`
It's not really a "stunning" win because as most people who actually watch CSGO matches and follow the scene closely know, FaZe is the single most overrated team in the game hands down.
2017-04-04 17:14
1 reply
#84

Iwanowitsch
Yes NiKo in every match the highest ELO. FaZe need more training since he left mouz wasn't enought time for preparation they the key. Probably will lost that tournament but looking forward for another better one.
2017-04-04 17:24
#56
XANTARES |

catchwrestler
damn, allu triggers the hell out of HLTV, lol. if he doesn't carry the damn team he's called a bot, one bad map he's called a bot. The bot on the team had the best rating in the grand final against Astralis in the last big tournament you idiots. I guess people are jealous of the guy and his success, but he's better than any HLTV user, probably makes more money than just about any HLTV user, and is the #2 rated player on his team. Keep calling him a bot I guess, it's just stupid. Every single player on earth has bad maps... that doesn't make them bots. HR is an excellent team and FAZE were clearly not prepared for them. Faze and Allu will get rolling next map, GL to Hellraisers too!
2017-04-04 18:09
1 reply
#80
Habbo Hotel |