CLG are through to the playoffs at the SL i-League StarSeries Season 3 finals after defeating Immortals 16-8 on Cache.

The match began with CLG taking the pistol round but failing to build on that as Immortals hit back on a force buy with a quad kill from Ricardo "⁠boltz⁠" Prass. The Brazilians put together a small run of rounds and jumped out to a 5-1 lead, but then Pujan "⁠FNS⁠" Mehta stepped up to the plate and picked up five kills over two rounds to help CLG to cut the distance to 3-5.

A triple kill from Lucas "⁠steel⁠" Lopes during a B push gave Immortals their sixth round of the game, but CLG tightened up their defence right after, winning five rounds in a row before the Brazilians collected the final round thanks to a trio of quick kills from boltz in a 2v3 after-plant. Kenneth "⁠koosta⁠" Suen went huge in the pistol round as Terrorist, picking up four headshots to give CLG their ninth round of the game. The North American AWPer carried that momentum going into the gun rounds, with CLG increasing their lead to 13-7.

Immortals called a tactical pause in a bid to discuss their issues but CLG kept up the pace, winning back-to-back rounds to hit match point. One round was all that Immortals could muster in the second half as CLG would eventually take the map at 16-8.

PotM: Ethan "⁠Ethan⁠" Arnold was once again the star of his team, with eight multikills and a 108 ADR to inspire CLG to book passage to the playoffs.

With only one match left to play in the Swiss stage, here is how the tournament is looking so far:

ShamanroyfromAVA
no you don't we know that VP was utter trash in this tournament but SK actually looked better than VP and lost in the last two halves in their last two games with 2-11 and 8-0 so they were not much better lul
2017-04-07 20:42
#67
BARDOLPH |

TarjaTurunen
WTF why u so rude dude? Rickeh played good, nahtE also. FNS had great mid game desicion and calls. Its about teamwork, not just one player calm your tits kangaroo
2017-04-07 20:37
#115
Skadoodle |

Theodoooore
That's pretty crazy considering what people were predicting for this lineup. Making playoffs in a tournament where SK, VP, Gambit and Immortals all got knocked out.
2017-04-07 20:37
#69

xXxMemeMasterxXx
I feel like FNS and his pancakes are the real MVP though. Thank god he strolled into the CLG house and started setting up.
2017-04-07 20:48
#70
coldzera |

Nogara
No people including me hate Brazil because their fanbase is so lame (we loyal and cry is free bullshit) I don't have any grudge against the players but br community is so toxic that it makes us hating the players
2017-04-07 20:49
3 replies
#136

nikovjch
I inderstand some br guys are annoying with their stupid fanbase, but not all of them, is like everywhere. I know it because we (Arg players) play in the same platform as them and i met some of them very good and talented, ando also not toxic. It seems like everyone in EU were "happy" when SK "era" ended... You dont really need to be like that
2017-04-08 00:21
2 replies
#156

Nogara
They're not all like but most of the ones who speaks are like that. Every once in a while there is one regular Brazilian while i see thousand of message on hltv or Twitter from retarded ones
2017-04-08 17:18
#132

Neskii09
So since eu teams hsve lost their magic on previous games tournaments now their back kenny s with ibsame aawping kioshima with best entry frags and so astralis etc
2017-04-07 21:00
#92
Dosia |

vladimirtrump
Everyone was crying over clg in group from na. While c9 optic or liquid would have been eliminated, clg worked hard and got to playoffs. Now give clg the resoect they deserve for this achievement. GG CLG. This is good for NA scene. A dedicated team with good IGL can reach playoffs
2017-04-07 21:02
1 reply
#133

JonoMate
CLG are through to the playoffs at the SL i-League StarSeries Season 3 finals after defeating Immortals 16-10 on Cache. The final score was 16-8...
2017-04-08 04:36
Login or register to add your comment to the discussion. 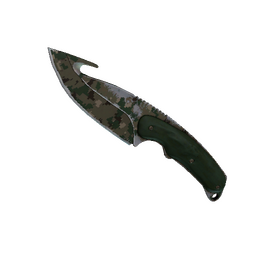