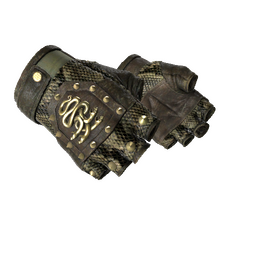 Spirit have become the latest organization to announce the signing of an academy team, taking under their wing the team formerly known as 1337.

After a slew of organizations like fnatic, North, or CLG among others signed academy teams, it is now Spirit who will be expanding after announcing the acquisition of 1337.

Playing in SLTV's Pro Series, as well as smaller online competitions like Hellcase or Binary Cups, the team now playing for Spirit Academy has started to gain some notoriety in the CIS region. 1uke and co.'s first big challenge will be making it to the CIS Minor

Spirit Academy's most immediate goal is to reach the CIS Minor. However, the organization has stated that it will not expect big victories or set impossible goals that could harm the long-term goal of steady growth and full dedication.

The roster consists of talented players and experienced coach. An important aspect for us is to unlock the potential of each player, which is why we are actively working on developing personal skills and improving the understanding of the game. Recently we got invited to the CIS Minor qualifier, and right now we are preparing for the tournament. The initial goal for us is to achieve a successful performance at the regional minor tournament and get to the main qualifiers for the PGL Major Krakow.

It’s very difficult to enter the pro-scene at the moment, not every talented young man can afford to choose a game instead of education or a job. Such projects as Team Spirit Academy help the whole scene to grow, we get the "young blood" and perspective, and players get a solid ground under their feet – now they don’t have to worry about trivia and are able to concentrate on the game. We have big plans working with young players, which go far beyond the current form of the academy. We will build our common future! :) IHateAirInPacketOfChips
Let the force be with you.
2017-05-11 12:43
Login or register to add your comment to the discussion.