Former Natus Vincere player Sergey "starix" Ischuk has announced that he will return to activity on Team Spirit.

Sergey "⁠starix⁠" Ischuk had been looking to write a new chapter in his career after stepping down as coach of Na`Vi - the team he had also represented as a player between 2010 and 2015.

The 29-year-old will step into the shoes of Anton "⁠tonyblack⁠" Kolesnikov, who was released at the end of March. He immediately takes over as captain, giving a major boost to the Russian team with all the experience he has gained throughout his career. The former Na`Vi player has already joined up with his new teammates in a bootcamp as they prepare for the closed qualifiers for the CIS Minor, in which 16 teams will fight for eight spots in the $50,000 competition.

"I had quite a lot of proposals from different organizations, so the choice was very hard," starix said in a statement.

"I spoke with representatives of Spirit and also with the players, and decided that this is exactly the team and the organisation with which I want to continue my career in esports.

"Despite the long break from the game, I am quickly regaining my form, and soon I will be able to prove it in official matches."

Spirit now have the following roster:

Iwanowitsch
For professional gaming is it. I take Astralis as example they young 20-22 and if you near 30 you for professional gaming to old cuz your brain didn't realize and working so much as you younger. The same is in football. I don't have to mean that older players useless, it just mean old players can't hold on the level like youngstars, example Astralis can do it. So Team_Spirit plays on professional level and using a 30 years old player there must be smth wrong. In other games like SC2 is normally that the players 40+ but that another game.
2017-05-10 23:27
3 replies
#217

MinBooN
theres no "past your prime" if the desire is there, the only thing that makes a player "washed up" is their change in priorities in life and if they are just tired of the game.
2017-05-13 10:14
#5

Jonty04l32
True... unfortunately his CS:GO form was unlike his 1.6 form and was basically useless in most cases. His only upside being a great support-fragger for the entry and a somewhat decent secondary AWP'er at the time. Other than that, nothing special about Starix compared to his 1.6 form. I'm just excited to see him play again. Should be awesome and he;s obviously been training for this. I can only assume his role will be the same as when he was on Na'Vi at the time: Secondary-AWP'er/Support.
2017-05-10 17:10
3 replies
#101

grimmtz
Are you retarded or what? Starix wasn't CEO or rven manager of Na'Vi organisation to kick Zeus. He is in hood relations with Zeus even now. He has nothing to do about Zeus' kick from the cs go roster.
2017-05-11 07:36
1 reply
#278

GytiZ
Starix and Seized wanted to kick Zeus. Edward said no. Cech9 confirmed it. It's not NBA or smth. It's player decision who kick who not. Even Shroud said if cloud9 players wanted to kick him, CEO only could put in on streamers cloud9.
2017-05-13 13:38
#276

skuutv2
Starix might not be the flashiest and the most insane fragger, yet hes still way better than kibaken and his experience alone just gives so much to the team. Look what happened to Gambit!
2017-05-10 17:25
#113

JasonRacism
Disappointing, Could have joined a better NA team that lacked a leader and actually made them a threat to the EU scene
2017-05-11 03:07
3 replies
#239 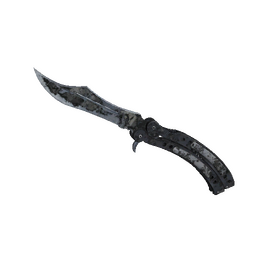