Immortals are set to part ways with Lincoln "fnx" Lau, a source close to the team has told HLTV.org.

The news comes as a major surprise as Lincoln "⁠fnx⁠" Lau has been part of the team for only three months, having signed for Immortals in February as a replacement for João "⁠felps⁠" Vasconcellos.

The 27-year-old was an instant hit, helping Immortals to finish third-fourth at IEM Katowice, but the team's next event ended in disappointment as they placed 9th-11th at the SL i-League StarSeries Season 3 event. The Brazilian giants then picked themselves up with a runners-up finish at DreamHack Austin before winning the EsportsArena Showdown Championship - fnx's first and only title with the team.

Immortals are expected to formalise fnx's departure in the coming days and shed some light on the move, which was caused by internal issues, according to a source close to the team.

The Brazilian team are now in a hurry to find a new fifth member before the start of the ESL Pro League Season 5 finals, on May 31. Rafael "⁠zakk⁠" Fernandes, the team's coach, has stepped in as a substitute this week, including in the Subaru Invitational, in which they were defeated by SK in the semi-finals.

Immortals now have the following lineup:

Pressure_po1nt
true hen1 does. he is just more inconsistent than fnx. i dont see how they can survive losing their most reliable star vs tier1 opponents. all that improving they did when they got him will be lost
2017-05-15 03:08
5 replies
#307

count3ring
One thing I saw recently in IMT's players interviews, they were saying FNX is very fussy playing. While Lucas1, Hen1 and the other guys are too calm, and they were telling that his "hate" was because FNX was too much motivated.
2017-05-15 03:17
3 replies
#331
autimatic |

Pressure_po1nt
yes it seems he has a hard time expressing himself positively, that brings down team morale and performance a lot
2017-05-15 04:04
2 replies
#346

Jodecast
Kicked from two teams, there seems to be bad relation between him and other players. They say Brazilians are humble Lost all respect for Fnx
2017-05-15 00:20
31 replies
#104

Smoonah
who says that? BuddyInsane? lmfao During the tournament in São Paulo people were getting mugged and punched in the face. Can't even drink the water there lulstons
2017-05-15 00:25
23 replies
#154

10minutemail
Im the one asking you, do you know how bad it was? Because I lived that "crisis", it was not like we didnt had water, the fact was that some times of the day (like 2 or 3 hours) we had no water in some regions of São Paulo and there was set some rules to save water, you would pay a fine if you didnt follow this rules. Whatever, the situation is solved now. You should really read about Flint Water Crisis in Michigan and the ocasionally water crisis that go on in California before talking shit about how brazil manage its waters.
2017-05-15 01:53
5 replies
#272

Smoonah
it's actually both. "the contamination of the city’s waterways with raw sewage has earned the international sporting event the vivid, if ungracious, epithet “Poop Olympics”. circleofblue.org/2016/south-america/braz..
2017-05-15 06:03
#428

eesau
I don't mean to insult you but why are you even defending Brazil? Everybody knows the country is completely fucked up in pretty much every possible sector or field. I don't mean to say you don't have good things also but cmon, as a society it's fucking shit.
2017-05-15 14:15
1 reply
#472
coldzera |

10minutemail
lol, what kind of stupid question is that? Maybe im defending because its my country, and I know much better my country than some stupid gringos who never touched our soil, but they think they are some kind of experts in brazil matters.
2017-05-17 05:30
#434

Observer10
"They say brazilians are humble": this is so stupid that I will explain it as clearly as I can: 1) fnx is a person, therefore he cannot represent all of Brazil's population; so you simply can't say brazilians aren't humble just because -maybe- fnx isn't. 2) Brazilians are humans (believe it or not) just as finnish people, so they can be humble, arrogant, stupid, smart, etc just as everyone else.
2017-05-15 01:39
3 replies
#373

postwarscars
It's astounding to me how short some people's memories are. FNX has has this problem basically his entire career. That he was with SK as long as he was is pretty crazy, honestly.
2017-05-15 01:41
1 reply
#413

Brazilian Wax
The only option is kNg. Even he is a primary awper, his rifle isn't that bad and he is probably better than everyone in LG. Besides him, LG or Pain players can't play since they already played major qualifiers. So kNg is the best option and he already proved himself carrying Red Reserve against tier2 and tier3 in Europe.
2017-05-15 00:30
5 replies
#137

give_adelio_karambit
It's hard to judge when you don't know shit about something, but damn he looks like an idiot throwing his career and talent down the drain.
2017-05-15 00:22
1 reply
#397

MetalFace
This is old news some Brazilians have been posting this info for a while now on HLTV at least a week, kNg is joining immortals and FNX is joining Gorilla Core.
2017-05-15 00:29
5 replies
#129

MetalFace
I'm pretty sure just because of the situation, kNg needs a team so they won't have to deal with contracts or any other bullshit if they poach one of luminosity's players, also Gorilla Core has a spot open right now and FNX wants to join his former team mates that he played with in 1.6.
2017-05-15 00:37
#319

MetalFace
Yeah he will join Gorilla Core and they will move to NA to compete so rip NA you guys are going to have BR teams in the top of all your leagues and more and more teams are moving over until your entire scene is BR and not NA anymore.
2017-05-15 00:38
7 replies
#174

MetalFace
Kick your only good teams without BR In your scene is compete shit honestly, those teams you want to kick from your country were essential in your scene getting stronger, if NA has no one to compete with they will never improve. As much as you hate teams like SK without them teams like C9, Liquid, Optic ect would still be at losing to tier 4 EU teams on LAN, SK, Immortals and all those other BR teams are the reason your scene is getting stronger, so even though they are dominating NA they are important to have around if you want your own teams and players to improve.
2017-05-15 00:47
4 replies
#194

MetalFace
How are they annoying? It's been 2 years with them in NA and basically little to no drama and they don't bother anyone. Their fans are annoying though but so are C9 fans, so are NiP 12 year old fanboys, so are VP fans, Na'vi fans etc VP fans are the absolute worst though.
2017-05-15 00:50
2 replies
#201

PrettyMuchItt
Not the players specifically, brazilians in general. I used to be a traveler, went to a lot of countries, and that includes brazil and south america. From all SA countries i've been, Brazil and Chile were the worst. People were ridiculously stupid, loud and unpolite.
2017-05-15 00:52
1 reply
#207
s1mple |

MetalFace
That's pretty normal my bro, even some Europeans are loud af when they talk that isn't annoying that's just how they talk, the unpolite should be expected if your travelling as an American to another country since no one likes your country you should expect hostility, when they hear your accent and recognize where you came from that's pretty normal especially in countries your country has fucked over in the last 30-40 years like many of the South American ones. In terms of stupid I couldn't really tell since I don't really know Portuguese or Spanish to know what they're talking about.
2017-05-15 00:58
#229

MetalFace
You do not people are acting on stream right? They have a personality on stream to entertain their viewers they are nothing like that IRL, look at fallen you watch his stream and you feel like the guy is one of the nicest people in the world always helping people and in a good mood having fun. Guess what IRL Fallen is a real douche bag, look at this google.se/search?q=fallen+scary+picture&.. Does this look like how Fallen acts on stream? This is him in real life.
2017-05-15 06:55
1 reply
#456

MadAtTheTruth
I don't think it was internal issues. I think they did this to improve the BR scene in NA, fnx will bring experience to Gorilla Core/LG and carry them to better places while kNg will finally play for a good team. NA CS LUL
2017-05-15 01:04
#211
yuurih |

Bot_Marley
I dont know why brazilians fans godfying FNX a lot. He has your value, but a long time ago he is loaded by your teammates. 6 mundials? Only on side of COLDzera, Fallen, COGU e etc. He broke all teams BR. It's no use playing well and being unbearable.
2017-05-15 01:04
2 replies
#395
oskar |

AngelShinta
:(( I thought fnx,hen1 and lucas are good friends...they always posted pictures and videos on instagram of them together "partying" or just having fun..I can't believe that they don't like each other anymore..wtf
2017-05-15 01:05
#220

celcito
Was born with the gift, but he sometimes does not dedicate himself or behave correctly. I remember when he fought with the COGU in the defunct MiBR, when the owner, Paulo Velloso, said that the team was Cogu and 4 more. I wish the best for him, for I have followed him and admired him as a player since the beginning of his career. Let him review the mistakes that have been made, and magnify all this. I think the KNG deserves a chance because it's a dedicated, skilled and highly competitive player.
2017-05-15 01:32
1 reply
#414

chococaine
well, he seems to be someone who gets mad at everyone when something he wants to be done is not, ppl are saying that he would rage at all his teammates in imt but lucas and hen1, who are close friends didn't care, but boltz and steel were really frustated with his rages. in 1.6 he would misses flights to lans in europe on porpuse, he has always been this way, in sk i doubt he was any different
2017-05-15 20:44
1 reply
#462

ZakkCS
We decided to remove him from the active lineup due to internal struggles between FNX and Steel + Boltz. We are currently looking out for potential players but its most likely going to be KnG.
2017-05-15 08:25
5 replies
#378

redfinka
why you guys hating on him? he's cool guy enjoying his life, getting contract for few months earning a lot of money from the game he likes to play, travel the world, partying, gettin chicks and then finding new team again if required to repair his cashflow. Cool guy nothing against him - it's his own life and he can do what he wants, stop crying nolifes
2017-05-15 10:38
#400
f0rest | 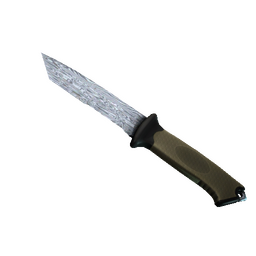