Journey to the PGL Major: The Minors

With the online part behind us, we're heading into a pivotal stage of the qualifying process ahead of the PGL Major: the Minors. Here is a quick rundown of the four events taking place during the first three weeks of June, which will hand out a total of nine spots for the Major's offline qualifier.

At the end of April and throughout the first three weeks of May, we saw the online qualifiers for the respective Minors take place in Asia, Europe, the Americas, and CIS. All eyes will be on fancy1's new team, Flash, next week

With all the teams locked in for each of the four Minors, and the Asia Minor starting in less than a week, we have decided to put together a quick rundown of the next qualifying stage ahead of the PGL Major.

The online part prior to the Asia Minor consisted of five regional qualifiers, which handed out a total of six spots, with Renegades and TYLOO filling the remaining two via direct invites.

One of the most exciting prospects of the Minor is that former TyLoo trio YuLun "⁠Summer⁠" Cai, YuanZhang "⁠Attacker⁠" Sheng, and QiFang "⁠Karsa⁠" Su will make their offline debut with their new lineup, Flash, in an attempt to snatch one of the main qualifier spots for themselves.

As you may have noticed, the groups for the Asia Minor have already been revealed along with the full schedule.

The Beijing event will begin with a GSL group stage, followed by a double-elimination, best-of-three playoffs, with the grand finalists grabbing the two main qualifier spots on offer.

The CIS Minor's qualifiers followed a different format, which saw four teams proceed through the open stage, joining 12 invited sides in the closed part, in which the 16 teams were split into four groups.

By placing top two in their respective groups, the following eight squads have made their way to the Minor, which will run from June 8-11 in Moscow, Russia:

Groups and schedule for the CIS Minor are yet to be revealed by PGL, but we know that the format will be the exact same across all Minors: GSL group stage and double-elimination, best-of-three playoffs.

In the Americas, Immortals and Cloud9 received direct invites, while paiN secured a spot at the Minor via an open qualifier in South America.

The North American side of things featured a two-stage process, with the 16-team closed part using an adjusted Swiss format to determine the remaining five spots on the following list:

It's worth noting that Misfits will attend the Americas Minor without their in-game leader, Sean "⁠seang@res⁠" Gares, who had to leave his place to Skyler "⁠Relyks⁠" Weaver due to the 28-year-old's wedding taking place during the tournament.

The Esports Arena, in Santa Ana, California, will host the $50,000 event, which will run side-by-side with the CIS Minor, from June 8-11.

PGL organized four open qualifiers in Europe, each of which handed out two spots in the closed stage, featuring a classical Swiss format, with three wins awarding a spot at the Minor and three losses resulting in elimination.

While qualifiers for the other three Minors went largely as expected, Europe saw two of the favored teams left without a chance to make it to the Major. NIP were eliminated early after three stunning defeats at the hands of iGame.com, Red Reserve, and Space Soldiers, while Heroic fell to fnatic Academy in the last round.

The venue for the last Minor, running from June 15-18, is yet to be announced by PGL. However, their studios in Bucharest are a strong possibility as the Romanian organizers held two Minor Championships there last year.

These are the teams that have already secured their place at the offline qualifier (June 29-July 2) by placing in the bottom eight at the ELEAGUE Major:

And the following eight are locked in for the PGL Major after finishing top eight at the ELEAGUE Major:

For more information on each of the four Minors, you can head over to the "Upcoming events" section on our event page. Soontobeleaderofthefreeworld
I think they still have a chance I think its well proven that ingameleaders structure the team and it works without them for a short period of time where a better fragger comes in handy
2017-05-27 16:50
1 reply
#79

kawhileonard
RNG will probably not make minor anymore, they are just mediocre trash and flash gaming is here. So asia minor comeouts are the 2 favorites: flash gaming and tyloo unless flash chokes.
2017-05-27 19:23
#18

ThetaSigma11
Indeed, but since the brains of the team is gone and replaced by Relyks. Their T side is done for, and peacemaker will be useless since he can only talk to them in timeouts. If the coaching rule wasn't there he could've IGL'd.
2017-05-26 23:15
#76
rain |

Soontobeleaderofthefreeworld
Big Sean would kill everyone with his bars but then nothing would try to compete and pull of his sick dance which Bigsean would just copy and kill it even more
2017-05-27 16:53
#23
f0rest |

kawhileonard
Lol tyloo is a more sure thing than renegades or flash, they always beat renegades especially in minor the last 3 times. But this time renegades might get their spot snatched from flash gaming.
2017-05-27 19:28
1 reply
#84
nitr0 |

Schweinepriester
fantic academy not allowed in the same tourney because main team is present. but spirit academy aswell as spirit main team are in the cis minor?
2017-05-26 20:14
4 replies
#57

Soontobeleaderofthefreeworld
Excited for NRG and the American Minor seems very competitive feel like they would deserve the third spot ( No arguing that it makes sense to give it to eu) Disappointing that Sean won't make. Still Merica should be most exciting minor. My Predictions: C9 NRG (Yes NRG fight me Brazilians) Flash Tyloo Spirit Vega Squadron Not NiP (Big) Also Not NiP (nV) Still Not NiP (Dignitas)
2017-05-27 17:03
#82

FastestUserInHltv
"NiP were eliminated early after three stunning defeats at the hands of iGame.com, Red Reserve, and Space Soldiers" what the hell LMAO
2017-06-14 18:53
Login or register to add your comment to the discussion. 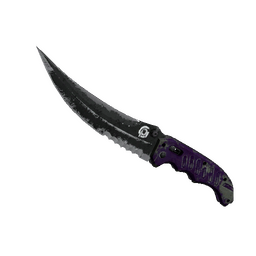