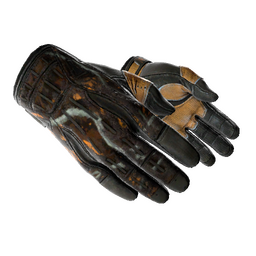 The two-day Australian event took place in the weekend with eight teams in attendance and $9,000 AUD (~$6,705) in prize pool. The teams were split into two groups, utilising a notorious best-of-three round-robin format.

In the morning group, Legacy went 3-0 and comfortably secured their playoffs spot. Peter "⁠BL1TZ⁠" Athanasatos' Funky Monkeys managed to grab the second spot, after Riotous Raccoons gave them a run for their money. Dark Sided finished on top of the afternoon group convincingly, followed by Tainted Minds, who survived their last match of day 1, defeating Skyfire 2-1. Tainted Minds return to winning ways, as they claim the first AEM title

Heading into the playoffs, Jesse "⁠InfrequeNt⁠" Barker's crew overcame Legacy from behind in the first semis 2-1, despite Matthew "⁠mattcd⁠" Lenard's efforts to prevent the inevitable outcome, who had the highest rating (1.42) at the event. Meanwhile, Dark Sided took care of Funky Monkeys 2-1 in the other semi-final, following a surprising 6-16 defeat on their pick in the second map, Cache.

The grand final kicked off with a crazy triple overtime on the first map, Mirage, which went in the way of Matthew "⁠Texta⁠" O'Rourke's side 25-23, where he dropped 50 frags on the server. Unfortunately, Dark Sided lost their chance to finish off their opponent after a 15-13 lead on Overpass, as Dylan "⁠kyoto⁠" Brown's men clinched the second map 19-17. A team effort from Tainted Minds on the CT side, sealed the deal on Inferno 16-6, as they successfully extracted their revenge in the three-map thriller, 2-1. MyMatkhev
Happy to hear this! Keep improving as scene
2017-07-05 03:34
Login or register to add your comment to the discussion.