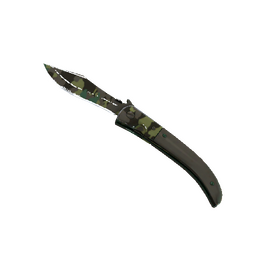 Gambit's run to the Major title started by going 3-0 in the group stage, where the CIS team took down MOUZ, G2 and Virtus.pro to secure playoffs with pretty comfortable wins. Dauren "⁠AdreN⁠" Kystaubayev was crucial in those matches, averaging a 1.67 rating over the three maps.

The 27-year-old cooled off a bit in the match against fnatic, but still picked up above average ratings in the two maps they played, only to put it into a higher gear against Astralis, where he was one of the main factors of Gambit's success—alongside Rustem "⁠mou⁠" Telepov who had an insane game on Overpass. AdreN showed up in all of Gambit's map wins

Coming into the grand finals, AdreN looked out of it, having a horrible game on Cobblestone which he finished with only five kills. After going down 0-1 in the series, AdreN was able to bounce back and continue with the form he showed earlier in the tournament, earning himself a 1.35 and a 1.51 rating on the last two maps—helping Gambit win the series and lift the PGL Major Krakow trophy.

Click play below to watch AdreN's PGL Major Krakow highlights in a video made by Anton "Molen" Koev: phyzell
During 1.6 days, you dreamed that this game would take you to a place where you deserved to be. So never stop dreaming as the righteousness of your instinct will take your spirit there.
2017-07-30 18:49
#24

bannedfor10years
Are there not longer fragmovies made by HLTV that cover the whole major anymore? They were really good when they were done for past majors and it made the majors a lot more memorable. Seems that these days all you get is a few highlight clips and a couple of minutes of highlights from the MVP of the tournament but not much more than that. Only really saying this since afaik there wasn't a long highlight video for the ELEAGUE Atlanta major.
2017-07-30 18:58
#27

AdreNMostConsistent
B4 major I remember some nerds on FPL not picking him first or second and saying he was bad LUL look now u stupid fucks
2017-07-31 03:46
#71