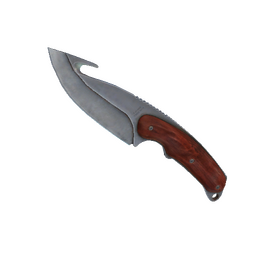 Gale Force Esports have secured the services of the former Miami Flamingos roster, the organisation have announced.

The announcement comes just few hours after the Argentinian squad had revealed that they would be leaving Miami Flamingos as a result of "opportunities" that they saw as a way to "improve [their] careers as players".

Jonathan "⁠JonY BoY⁠" Muñoz & co had been part of the Miami Flamingos since November of 2016. The Argentinian team have struggled to make their mark on North American Counter-Strike, with their biggest achievement being a move-up to ESEA Premier, in which they currently sit third with a 12-4 record. JonY BoY and co. are on their way to Gale Force

The move signals Gale Force's first venture into the CS:GO scene after making their first steps in esports in the Heroes of the Storm, Rocket League and Hearthstone scenes.

"We have been waiting for the right opportunity and right fit for our team and really feel like that is what we found with these amazing six guys."

As for Tomás "⁠tomi⁠" Guardia, here is what the 18-year-old player added regarding his new organisation:

"I'm very excited to be a part of the first ever GFE CS:GO team. The organization has shown what they're capable of with other games and we're super thrilled and motivated to move their name up even higher." nikovjch
Why not? i mean, news are news, last year they made finals at TWC and are the most representative of Arg. if you are not intereseted why you even enter the thread and write a comment my little friend?
2017-08-02 17:36
2 replies
#120

HighVoltage
+1, Just because this kid isn't interested, it doesn't mean it's irrelevant. It's news in the csgo scene and HLTVs entire purpose is provide a platform to report it, not to mention it's giving exposure to lesser known players in csgo which nothing but positive....
2017-08-03 02:09
#146
applesauce |

applehack97
it's a team that has been improving a lot in a short amount of time, specially given how they come from a place which scene is almost non existent despite having players with great skill, it's a CSGO site and they post about news from top and lower tier teams, so stop complaining
2017-08-04 00:47
#10

iTzsMarTer
i have no problem but its a bit annoying when esl masters and esl one twitch chat is full of dumbasses just insulting and supporting miami flamingos. i am the first person that would love this to change.
2017-08-04 08:46
3 replies
#153