With the start of DreamHack Masters Malmö just around the corner, we bring you a detailed viewer's guide of the $250,000 event, the first tournament premier after the player break.

The second edition of DreamHack Masters Malmö will run over the span of five days, starting on Wednesday, August 30th and finishing on Sunday, September 3rd. 16 teams will be present in Malmö, Sweden this weekend, with BIG being the only team out of the current top 10 to miss out. The top two teams, SK and Astralis, will be ready to continue their fight for the throne, while the likes of FaZe, Natus Vincere and Cloud9 debut their new rosters in the Malmö Arena.

Sixteen teams have been split into four GSL-style groups that combine BO1 and BO3 matches, but this time around, the winners match will be BO3, while the elimination match will be a BO1. Another change DreamHack has made is to the coaching rule, which now allows coaches to speak during freeze time and half time.

For the first day of the event, the tournament will feature a B stream, on which half of the matches will be played (marked with an asterisk). From Thursday onwards, the action will be happening on just the single, main stream. The event will be open to the public only for the playoffs on Saturday and Sunday.

To bring the action, DreamHack have asembled an impressive talent list. Desk hosting will once again be done by Alex "Machine" Richardson, while Sue "Smix" Lee will take the interviewer role. Commentating the action will be Matthew "Sadokist" Trivett and Henry "HenryG" Greer, while Anders Blume will be pairing up with Jason "moses" O’Toole this time around.

Vince Hill and Dustin "dusT" Mouret will be covering the B stream on the first day, with the talent list being completed with four analysts, including Janko "YNk" Paunović and Chad "SPUNJ" Burchill.

The following 14 people will be working as on-air talent for DreamHack Masters Malmö:

David 'Jayzwalkingz' Kempner
Time is adjusted to your selected timezone

LimeyGaming
If you put in asterisks into a text, you need to put what they mean at the bottom of the text. It's easily calculated for someone with a brain what they mean but still, how the fk do you miss something that is so ingrained into journalism and writing period.
2017-08-28 14:52
5 replies
#30
gla1ve |

LimeyGaming
That's not where it belongs, especially not in parenthesis. Edit: Also, where did I mention I didn't see it was an explanation in the text? I just stated they need to put the explanation for the asterisks at the bottom of the text. Like every text around the world uses it. They can feel free to put it within the paragraph prior to the use aswell if they want, but it's not where it belongs.
2017-08-28 15:10
2 replies
#41

Kayb3
Yea i agree about the paranthesis part maybe its ez for the reader if they put it before than at the end of the article since u have to scroll down to see wat the asterix is for...and then again scroll up.
2017-08-28 17:14
#32

vitorloyola
"The winners match will be BO3, while the elimination match will be a BO1" Are you serious with that? lol, you can make the winners match a BO3 no problem with that at all, but losers BO1? I believe we have gathered enough experience throughout other tournments to know that BO1s are random enough and should not be used to eliminate teams from Premiere tournments. Two bad maps and boom, you are done.
2017-08-28 16:18
1 reply
#73

pastaMasta
imo bo3 elimination better than winner's, because loser of winner's match still gets to play a bo3
2017-08-30 14:45
Login or register to add your comment to the discussion. 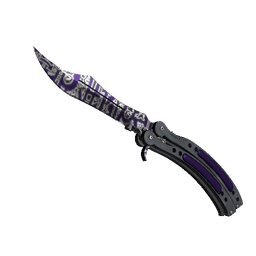