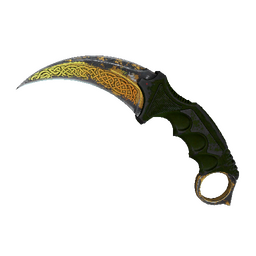 DreamHack has announced that Gale Force and Luminosity have earned the final invites to compete at its upcoming event in Montreal.

Along with unveiling the last two invitees, DreamHack has revealed that European qualifier winners Space Soldiers have been forced to relinquish their spot in the tournament due to visa issues as the Canadian embassy in Turkey is closed for holidays.

Replacing the Turkish team will be Kinguin, who finished third-fourth in the qualifier, as HellRaisers, who had lost to Space Soldiers in the final, also could not get visas to enter Canada. This will be the second DreamHack event of the year for Luminosity, who recently signed Marcelo "⁠chelo⁠" Cespedes and Gabriel "⁠NEKIZ⁠" Schenato from ex-paiN, after also competing in Austin, where they finished 7th-8th. The event will also mark the debut for Jonathan "⁠JonY BoY⁠" Muñoz's team under Gale Force after moving from the Miami Flamingos at the start of August.

DreamHack Montreal will take place from September 8-10, with a total of $100,000 up for grabs. The final team list for the event is the following: MuslimLover
This is an international site, please write your comment in English. Comments in another language will be deleted.
2017-09-02 19:40
3 replies
#261

geormonster
kinguin was invited becouse neither space soldiers and hellreisers couldnt get the visas to enter canada, so shut the fuck up fucking dumbass
2017-09-01 19:56
#43
twist |

FlushaBiceps
Probably because they already had enough NA teams and GF fills a spot for spanish speaking South America
2017-08-31 22:05
#45

troisstacks
lmao let's invite the shitty t3 teams that didn't even make it through the fucking qualifier DH open events are so retarded, the full list of invited teams is always revealed AFTER the qualifier
2017-08-31 22:03
#47

Sunnie
Well, this is a good opportunity for Gale Force and they will gain lot of viewers from Argentina, maybe this could be a good deal (or maybe not) And don't forget that they can do some damage as underdogs/surprise, so I don't know ..
2017-08-31 22:34
2 replies
#125

not_fake_flagging
So they are killing cows and sheeps for meat blah blah... Whats so special about that ? People do that every day. That shouldnt be an excuse for holiday tbh. That dumbasses in Turkey just ruined SpaceS' success. So sad .
2017-09-01 12:14
#98

razendd_
Canadian Embassy will not work for 10 days due to holiday. Holiday ends on September 5 They must apply for a visa application 1-2 weeks in advance. That is, they have to apply before the European qualifier begins,Before the tournament starts :D In short, they can not go to the tournament because the consulate is closed. So unlucky :D I wish success to Gale Force and Jony Boy. gl
2017-08-31 23:25
#117

PabloAlvarenga
Finally Gale Force got invited to a tournament, I'm happy, but Rise Nation would be a better choice, but this will give Gale Force some confidence, they were passing difficult times, maybe this will make them open their eyes.
2017-08-31 23:17
1 reply
#165

taylormoonz
Too much negative comments for GF. On TWC 2016 in Serbia, Argentina had a similar roster than now (3 same players) and was second place loosing 2-1 with Turkey (favourites), winning to Sweden and Dinamarca (for example). Now they have a better roster and are really growing a lot. Obviously that they are not favourite and probably will not win, but why not think that Gale Force can make a good participation ?
2017-09-01 00:13
#167

Juneco
some brazillians mad cuz gale force win a invite, lul, gale force is representing south america like luminosity and immortals too son of a bitchs. lot of argentians cheering for sk here and we brazillians should do the same with argentians teams. Its our scene growing up bitches.
2017-09-01 07:33
4 replies
#227
bichop |