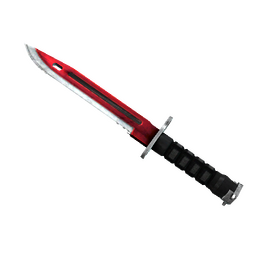 Epsilon have decided to bench Owen "smooya" Butterfield, the British player has revealed on social media.

Owen "⁠smooya⁠" Butterfield joined Epsilon and Endpoint in June, helping the European team to win the opening season of the Gfinity Elite Series. smooya is no longer part of Epsilon's active roster

The British player wrote on Twitter that he has been benched for not speaking Swedish. This week, several Swedish players, including David "⁠Jayzwalkingz⁠" Kempner, Kevin "⁠kevzy⁠" Nilsson and Gustav "⁠ZINKEN⁠" Björk, have joined Epsilon's roster on ESEA, but the organisation has so far remained silent on this matter.

Epsilon are expected to make an announcement shortly as they will be participating in WCA 2017 Main Qualifier, ESEA MDL Season 26 and Gfinity Elite Series Season 2.

With this move, here is how Epsilon's roster currently looks:

Since I am now benched I am looking for offers (EU/NA), if anyone is interested pm me.

Oh BTW to everyone wondering if i got kicked for not fitting into the team. Not true, sadly I don't speak Swedish. That's the only reason veiN_
So you're not denying that he carries one of your teams consisting of players from your side of the pond? Maybe that speaks volumes that he should be in a better team over there and his skill ceiling will probably grow even more
2017-09-20 23:55
3 replies
#193
rain |

sickening
ya... top 2 UK player top frags on probably the worst NA professional team in the history of CSGO. damn i'm impressed. if he was actually legitimately good he would've gotten picked up by a better NA team by now since he's been here for what? almost two years? how many roster shuffles has he gone through without getting upgraded to a better team? they obviously don't want him.
2017-09-21 00:35
2 replies
#220

kick_friberg_ffs
Try to google for esea transaction list. If you dont find it send me a private message and I will send you the linkm cant do it right now brcause I am not home.
2017-09-21 13:04
#35

djorkaeff
Just asked that myself too :))),if smooya isnt talking swedish how the fuck cosmeen is talking :)) it ,even maeve cuz i know danish of different than swedish,but they are close so i think the language gap is smaller
2017-09-21 06:58
#43

Tise
"I don't speak english". Right, of course. All Romanians are notorious for their ability of speaking fluent Swedish. Also, that's why there were only two swedes in the roster before Godsent got freddieb
2017-09-20 21:06
4 replies
#79

Kaskador22
Gypsi come in Romania from India yes but this hmmmm Brunei what country is this ? first comment i ever seen from this country :) doesn't matter if he doesn't speak swedish he is noob anyway he play so good for nexus and here .....0 skill sorry
2017-09-20 22:24
#127

skelteR
Yes, cause my error is as big as his. My work includes doing online studies on Belgium and we always send out only Dutch and French questionnaires, as these are the main languages spoken. Also anyone using XD should evaluate their life
2017-09-21 18:44
#158

ProudAtheist
OMG. They lost freddieb. Epsilon BEST player so far. They got a bot (MaeVe) Now they benched their best player after the in game leader. Good job, Epsilon. Good job! Keep the bot maeVe (except for the gran final, he closed every match in Ginfinity and Premier League in the last place of the scoreboard...) and bench smooya. Oh my f***ing god!
2017-09-20 22:55
1 reply
#188
vilga |

PwnNewb
time to change your flair bro, comseeN to penta, smooya benched and traded soon...RIP epsilon...BARBARR will leave too soon enough once he realizes it is a dead team
2017-09-20 23:12
#185