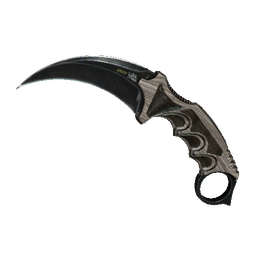 Spirit Academy have filed a protest following their defeat in the second round of the open qualifier for the CIS Minor.

Spirit Academy, who are currently ranked 78th in the world, were denied the chance to attend a CIS Minor for the second time in a row after being defeated by FONTAN 16-11 in the Round of 128.

After the match, Spirit Academy approached CEVO, the company in charge of the qualifier, and filed a protest, claiming that two of FONTAN's players, Egor "⁠darkinho⁠" Lobanov and Sergey "SER1Y" Oleynikov are currently barred by FACEIT. Aleksey "⁠1uke⁠" Zimin took to VK.com, Russia's biggest social media platform, to vent his frustration, and provided links to the alleged FACEIT accounts of darkinho and SER1Y (who plays under the alias "fix").

Contacted by HLTV.org, Team Spirit manager Ruslan "Eddieh" Buhryn revealed that CEVO told his team that it could take over 24 hours for them to review this case. Even if FONTAN are disqualified, Spirit Academy will not be able to reclaim their spot in the tournament, which is running on a tight schedule and is already down to just 16 teams - FONTAN being one of them.

darkinho's team, who will take on mimimishki in the Round of 16, are just two wins away from securing a spot at the CIS Minor, which will run later this month, in Bucharest.

In a tweet, Spirit ironically applauded the "excellent choice" to have CEVO run the qualifiers for the CIS Minor, which they described as the "most important tournament of the season". TheAwakening
Ahaha, for sure. About 5 years ago me and my friends played some online CS 1.6 tournament (just for fun) and when we won 1uke's team with score like 16:3 they also "filed a protest" and we just got ban without any reason or evidence because someone from his team knew someone from tournament organizers. Unfortunately it's common thing in CIS "scene".
2017-10-10 16:54
11 replies
#95
CigaretteS |

slacky
With the current cheating epidemic, they should be irritated. More so when they actually have to play against players known for cheating. Not something that should be taken lightly.
2017-10-10 16:17
6 replies
#78

slacky
idk, perhaps they just weren't aware of it? Or perhaps they noted fishy plays during their match, and looked into it? Who knows. Cevo - as the event host should have however checked the players competing... Not really the teams job.
2017-10-10 18:26
1 reply
#93

UNiVERSALftw
omg why you still mad? bcs he still playing in semi-pro team or what? many people were banned for using schanger (my friends from russia aswell)
2017-10-10 12:39
7 replies
#35
leman |

dolb
Well some streamers shows that they use skinchanger and they are not banned - you know why - because valve doesn't give a dang about those - just textures Boone else sees
2017-10-10 15:31
1 reply
#82
GeT_RiGhT |

Chapla
Who the fuck uses skinchanger lmao only retarded kids would do that, everyone with brain also should be awarw that every non-steam extension to csgo can cause problems
2017-10-10 12:55
2 replies
#50
GeT_RiGhT |

UNiVERSALftw
why not lol? I wrote in support and they answered me that I can use the schanger and faceit aswell befose they add their shitty af anticheat but noone knows about esea that's why so many players was banned many people wrote that I used skinchanger not fucking hacks but the admins don't give a shit about it they put the reason for "cheating"
2017-10-10 13:21
1 reply
#75

Chapla
Well ur probs a kid then. I am almost certain those players who claim they got banned due to skinchanger only use it as an excuse, because who the fuck cares about skins especially if it only shows for yourself.
2017-10-10 16:07
#14

inchainz
>darkinho and SER1Y had been banned from previous Minors thats not true. there was 1 player, who got disqualified on cologne cis minor because of suspicous gamestyle.without any proofs, probably just by other org request. not banned, he was still allowed to play on the next minor and starladder league, and his nickname was efim1337. completely different person, who has no relations with ones mentioned in 1uke's post.
2017-10-10 13:15
#47
jL |

Cerjj
actually, the fact that some of them has been banned on faceit doesn't mean anything. Faceit ban relates only to faceit platform, that's all. If they have been banned by VAC it would be really decent reason to disqual them, but there is no VAC ban so...
2017-10-10 13:59
4 replies
#62
Coronaz |

virrus
Oh rly. Many pro and normal players were banned on both faceit or esea and didnt recieve vac ban So ur saying stronger anti cheats like faceit ac and esea ac are bad compared to vac?
2017-10-10 14:06
3 replies
#65
CEpr |

Cerjj
he is not even a pro, he was VAC banned on a previous steam account and when admins had found this out he would have been DQ. In addition, I saw that match against k29 (now Nemiga) and his plays were really strange after that admins check him.
2017-10-11 12:52
#66 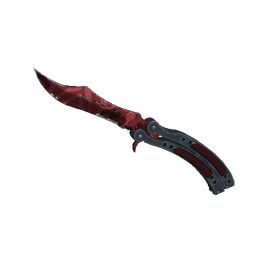