MINISE: "We definitely need to increase our map pool"

On the last day of the European Minor, we caught up with PRIDE's in-game leader Jacek "MINISE" Jeziak and their coach Michał "mhl" Engel to discuss their performance in Bucharest.

PRIDE finished the European Minor as 5-6th, beating eXtatus but losing to OpTic and then the eventual winners Space Soldiers in the group B decider match. After being eliminated from the competition, the Poles utilized the practice area at the PGL studios to make the most out of their stay in Romania. We talked to Jacek "⁠MINISE⁠" Jeziak about getting to the Minor, reminded him of his loss to Ninjas in Pyjamas from three years ago and touched on what the Poles plan to do in the near future.

After you had a bit of a break at end of 2016 you joined PRIDE at the beginning of this year. Tell me about joining the team, how did that come to happen, what did you do in the off time?

I missed playing official matches so after being kicked from Kinguin I decided to join a Polish team, create a new roster and keep the pace of playing constantly, to not get out of the rhythm.

How did the first half of the year go, what did you feel was achieved, what were the problems?

In the beginning of the year, when the new roster was created, the team performed well only occasionally, our form wasn't stable. We had some good performances, but it was up and down. Currently, after we switched a player, we are mostly working on stabilizing our form and improving.

Can you walk me through the roster you have now and the roles, who does what?

Basically, the roles are not firmly set, they change from time to time. Luz is currently like a support player, but for example, when we play as Terrorists he often goes into the bombsite first, so he is kind of an entry fragger. I'm the sniper, and the in-game leader. morelz is mostly the entry-fragger and he is often free to do whatever he wants. If he feels he is in shape he can just go and play his own game. The other two guys are quite defensive so they just adjust and do what they are told to do.

Do you find it hard, AWPing and in-game leading? That is something a lot of people have been talking about in the past, balancing both of the roles, has it been an issue for you?

In previous teams, I never had a lot of freedom to do what I want with the AWP. In PRIDE, I often give the calls that allow me to make important frags with the AWP. So it's kind of an improvement for me, it makes it easier to call and AWP at the same time. But there is still a lot to improve upon in that aspect as well.

mhl, you joined the team a few months ago. Tell me, since joining, what have you been working on the most, what have you noticed about the team that needs to be improved?

mhl: In the beginning, when I joined the team, I was told that I was going to mainly provide analysis of other teams, our opponents, but at some point, I realized that we can gain more, and improve better if we examine and fix our own mistakes then if we focus on our opponents. I'm also kind of the person that calms down the atmosphere within the team so we avoid unnecessary fights, keep it calm and focus on our game.

Let's talk about the Minor qualifier that you made it through. It was your biggest success as a team up to this point, how did it go from your perspective, how did the team feel after earning a spot at the Minor?

After going through the open qualifier to the closed one, at the beginning we were given opponents that were definitely within our reach, so we knew that we could beat them. However, we started badly, losing the first two matches, but from that point onward, we felt that there was nothing we could lose so we started playing really well. We also switched in-game leadership for the last three maps to Luz, we were kind of preparing to switch the role two weeks prior to the qualifier. From that point onward we felt really empowered, especially after beating LDLC 16:5. We also played Cache three times in a row, which we practiced really hard for.

The match with NiP, before the match we basically told ourselves that until now we were given opponents that we can beat fairly easily, but now it's NiP so it's now or never. After winning the pistol round and with each round we won we gained more confidence and it lead to the final success. However, there was a point during the match, during the second half, where NiP was making a comeback. Then we managed to stop it by calling a pause, calming everybody down and somehow it worked out.

If I remember correctly, at the DreamHack Winter 2014 Major, you [MINISE] played against NiP, also on Cache, they managed to make the comeback that time. Was that in the back of your mind? Also, did you have any additional satisfaction by beating them in the Minor Qualifier?

When NiP started making the comeback in the qualifier I felt that the same story might repeat, but I felt more confident with this team and I really wanted to get revenge for that match. Somehow it worked out for us. MINISE's ESC took the lead after an 11-4 deficit, but couldn't close it out against NiP at DHW '14

We will just touch on the tournament you had here, starting with the first match, playing against OpTic. It ended up on Nuke, it didn't go well for you. Tell me a bit about that game and especially the veto, were you caught off guard?

Basically, we took the risk with the veto, because we were expecting that OpTic would ban Nuke and leave Train as the final map, especially as we checked their statistics on HLTV.org. It was kind of a gamble from our side, unfortunately, it didn't pan out. We didn't practice Nuke much because teams were always banning it against us so it wasn't heavily played before the tournament. It was a gamble and it turned out as it turned out.

Against Space Soldiers, you won Mirage and lost the other two maps. How do you feel about that final game, does it feel that your map pool is small and that is one of your issues?

Theoretically, the banning phase was quite awesome for us because Mirage, Train, and Cobblestone are the maps that we play. However, Cobblestone is the worst out of these three maps and we knew we had to win Mirage to get to Train to have a chance for a 2-1 win against them. On Cobble, we have some problems with communication and rotations and that is mainly why we lost that map. After winning Mirage, we knew that we could end up in top4, maybe not after Cobblestone but definitely after Train.

Everyone was quite disappointed after we lost Train, especially the pistol round, the first pistol round where Paz shot some insane headshots through half of the map, one-tap from the USP. We knew that if we had a good start into the match and build up our economy they would start sweating, lose their confidence and that would be a chance for us.

Now, as you are out of the tournament, what did you talk about, what did you think about the LAN you had here and what are your takeaways about what you need to improve on?

We definitely need to increase our map pool and improve the maps that we play, especially Cobblestone and Nuke, that is the main assumption. Also, we need to fix some minor mistakes, maybe not communication but maybe change our roles a bit so the two players that are playing more within the team, ToM223 and reatz, start playing a little bit aggressively so that the opponents don't know what to expect when this duo covers a bombsite.

What are your plans for the next couple of months?

Our main goal until the end of the year, or for the beginning of the next one, is to reach top 30 in the HLTV.org ranking and to stay there longer. That would be it basically.

And shoutouts to PGL, everything is well prepared, the transportation, the hotel, the food, everything here. It's a dream come true to be at such a tournament for the first time and it's really impressive.

Ryunar
I will say this with complete irrelevance to the current status of Polish CS, whether it be good or bad; you are only voicing your negative opinion of lower tier Polish CS because you want to be edgy with your Polish flag on.
2017-11-06 23:06
4 replies
#64

Ryunar
You say they will never impact the scene as many of them have already been to past majors 4Head AGO is impacting the scene in terms of the viewers, people love watching their gameplay because it is exciting, doing all kinds of 2v5s, 2v4s
2017-11-06 23:18
2 replies
#66

sajlent
even african team played at the major and? playing at the major and making impact on it are two different things impacting the scene in terms of the viewers xD WHAT? ROFL they're playing like a normal tier 3 team, nothing special in their gameplay
2017-11-06 23:23
1 reply
#69

Professeur - HLTV.org
Unfortunately, players are rarely willing to do interviews after losses, especially big/tough ones. In this case, I didn't even ask anyone from OpTic because I didn't see them before they left, but losing interviews almost always get turned down.
2017-11-06 16:42
1 reply
#38

LeviathaNz
ANd these fucking braindead casters were saying all along that Luz was the IGL... These guys were awful hyping even a double spray down without anything spectacular.
2017-11-06 19:49
1 reply
#61

mhl_
luz is igl on cache but for some time he was leading on all the maps. then minise got back to claling but luz is still igl on cache
2017-11-06 21:10
Login or register to add your comment to the discussion. 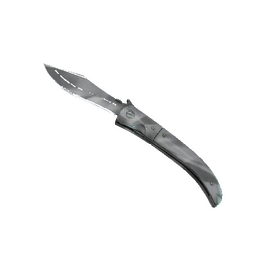