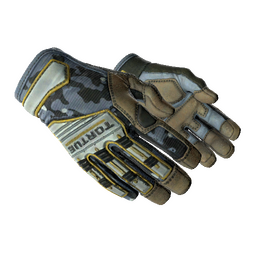 MANS NOT HOT's players have announced that they have decided to stick together after impressing in their first tournament together.

The European team, headlined by former dignitas duo Asger "⁠AcilioN⁠" Larsen and Jesper "⁠TENZKI⁠" Plougmann, gave a good account of themselves in the closed qualifier for DreamHack Winter, beating Vega Squadron and SJ before being eliminated by Space Soldiers in the semi-finals.

The Danish duo are joined by another famed player in Nemanja "⁠nexa⁠" Isaković, who returned to Europe in the summer following a four-month tenure in North America with Renegades, during which the team won the Asia Minor leading into PGL Major Krakow. Rounding out the roster are two Lithuanian players, 16-year-old Rokas "⁠EspiranTo⁠" Milasauskas and 23-year-old Nikolaj "⁠kalinka⁠" Rysakov. The latter, who attended the CIS Minor ahead of ELEAGUE Major, last year, with VwS, recently played for Natus Vincere in the European qualifier for WCA 2017.

"We are happy to announce that we are creating this new team together," the team said in a statement to HLTV.org.

"We have already been practising for two weeks now, and we have been improving a lot. Everyone is really motivated and ready to show their potential!

"We are very confident in our ability to climb the rankings and, hopefully, you will soon see us in the top 30 list. We are looking for an organization to represent, so, if you think we are the team you need, please contact our manager, Neil, at neil20002@gmail.com.

MANS NOT HOT have the following line-up: MetapoliC
I know what I am not doing - judging people by their flaggue and being a retard that thinks that the modern generation has something to do with the both wars. Think again. And now I can tell you what I do, I work with problematic youth and make sure they are not lost in the world of criminals, drugs and "music" like this xD
2017-11-17 12:49
7 replies
#107

naderssss
Shh, now we're richer than you, enjoy being raped by mudslims. And enjoy having no army anymore, thats what you get from getting raped by the brits and the russians.
2017-11-17 16:33
2 replies
#213
syrsoN |

naderssss
Cologne Lul How did it felt behind divided in 4 by the brits russians french and muricans How did it felt being under russian control for so many years en.m.wikipedia.org/wiki/Demographics_of_.. At least our foreigners are european, right, ahmed? :)
2017-11-17 16:38
#242

Youngnibba
What weve done outside loosing two world wars? We invented the thing , with which you wrote that stupid sentence. Dumbass
2017-11-17 19:08
3 replies
#250

Ayrr
that song isnt meant to be a rap song, it was just a retarded freestyle done by a viner that went viral and he decided to do a parody clip about it and it went even more viral
2017-11-17 14:44
#52

CharlesEmilNilsson
kinda decent team, can do some damage at the online qualifiers(soo rip nip/vp/gambit/ etc more unless they disband before the next qualifiers LUL)
2017-11-17 12:35
2 replies
#73

CharlesEmilNilsson
Well there are other qualifiers than just the major, counting esea premier shieeet and all other types of stuff.
2017-11-17 12:52
#67
denis |

Phoey
Back then it was a mix team. They decided to make a team after the impressive qualifier. Percy wasn't available, so AcilioN picked up his former Dignitas teammate Tenzki. Huge upgrade, i think this team can be good.
2017-11-17 16:11
#81