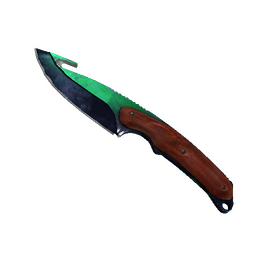 The ESL Pro League Season 6 Finals will kick off on Tuesday, so we have put together a viewer's guide with all the information you need to know regarding the event.

After an online stage that lasted nearly three months, ESL Pro League Season 6 will culminate with an offline event at Arena Fyn, in Odense, where 12 teams will battle it out for their share of a $750,000 prize-pool. For this edition, ESL introduced a new group pairing method, which sees each participant pick one team they want to avoid, which is then placed in the opposite group, until both six-team groups are determined.

The tournament format consists of a best-of-one round-robin group stage, featuring ESL's new point system, which, in the event of an overtime, gives two points to the winning side and one to the loser.

The top teams from both groups advance straight to the semi-finals, while the second and the third-placed squads will have to get through the quarter-finals. The first two knockout rounds will be played in a best-of-three format, whilst the grand final will be a best-of-five affair.

Below you can find the full schedule for the event:

When it comes to the on-air broadcast team, O. J. Borg will be the event's host, while Alex "Machine" Richardson will be host the desk, where he will be joined by three experts: Janko "⁠YNk⁠" Paunović, Chad "⁠SPUNJ⁠" Burchill and Jacob "⁠Pimp⁠" Winneche.

As you can see below, the list also counts with four casting pairs—two of those on the secondary stream—, and Tres "stunna" Saranthus as a backstage reporter. Lauren "Pansy" Scott will miss the event after suffering from food poisoning while at DreamHack Winter, being replaced by Vince Hill.

Markus 'Kjaerbye' Kjærbye
Time is adjusted to your selected timezone

TheJag3rmeisteR
Lauren "Pansy" Scott will most likely miss the event after suffering from food poisoning while at DreamHack Winter, but ESL has not yet announced a replacement. ohhh noooooooooooo Pansy food poisoning in first world sweden LUL
2017-12-04 17:36
4 replies
#83
olofmeister |

FaZeMeister
Food positing happens everywhere. Went with my family to some fancy ass restaurant since my rich uncle was footing the bill and my cousin got food posioning off $150 lobster. Shit happens
2017-12-04 18:42
1 reply
#84