With the move, GODSENT have replaced Dennis "⁠dennis⁠" Edman and Andreas "⁠znajder⁠" Lindberg, who exited the team a little over a month ago following lacklustre results.

Hampus "⁠hampus⁠" Poser has already been seen playing with the team in the last month, most importantly at WESG Europe Regional Finals, where the Swedes placed second to Ukraine and earned a spot at the world finals. At the same event, Ludvig "⁠Brollan⁠" Brolin made his international debut with fnatic, who were in need of a stand-in for Freddy "⁠KRIMZ⁠" Johansson at the tournament. As he is only 15 years old, GODSENT will not be able to play ESL-organized tournaments with the full lineup at the very least, due to the organizer's restrictions. daejv_cz
Hope ESL will change the age restriction ASAP so that Brollan, Frozen and other youngsters can participate! It´s BS since they are signed as pro´s.
2017-12-20 17:12
7 replies
#155

captainkw
Their still a team in infancy and when your playing agaisnt hellraisers and heroic you kinda would lose man
2017-12-22 13:11
#226

NotRivitur
pyth is garbage and so is hampus brollan is meh prob not as good as pyth which is saying something. The fact that they have dennis under contract and arent using him says alot as well
2017-12-20 17:47
2 replies
#180

werkaster
Dead team? Quite the opposite. GODSENT is now young and hungry. Brollan is one of the biggest talents out there, and they managed to get him before fnatic (probably for 1 year at least). That is the best thing the organization could do, to pick up Brollan at this very moment, especially since fnatic will go hunting for a player very soon and now it will probably be too expensive to get him. Hampus is also pretty young and someone you can expect better results from going forward. Twist is the best player in Sweden as we all know. Only a few question marks around the other two, doplan and freddieb, but I can see this team developing into something much better than former GODSENT versions. How good? Hard to say, depends on the IGL situation and where they land with the structure. Sounds like they didn't have any idea at all according to Dennis, so that has to change.
2017-12-21 16:40
#6
Hentaii |

devyze
And you will put a super aimer and fragger on in-game leading? LMAO Next major why don''t you put ropz in-game leading mousesports?... -.- (Even dennis have posted several times on his twitter and you have articles on hltv that confirmed he doesn´t like to in-game lead and doesn´t feel confortable with that, he doesn´t like...)
2017-12-22 00:25
1 reply
#240

iaintnojoke
I'm a big fan of Twist but this seems to be where he wants to be. Swedish team playing with some friends. It's a shame because he looked pretty good with that Fnatic lineup in the Eleague major.
2017-12-20 19:40
#51

VeryNotOnTheListGuy
doplan is overrated, he needs to be replaced together with hampus. twist,brollan,freddieb,dennis,relaxa/maikelele pronax coach dreamteam
2017-12-20 16:24
8 replies
#84

VeryNotOnTheListGuy
yeah he totally made them better xd when they were literally playing as a mix, they played pug style, even pyth said that. hampus didnt improve anything as igl
2017-12-20 16:53
6 replies
#97

VeryNotOnTheListGuy
pls go on his facebook page, thank you. he was complaining about godsent being just a mix and its not easy to play, they were playing just pug style, no real strats, setups, nothing. they didnt even practice like a team. so pls, dont even try to tell me hampus helped them in any other way than fragging way, cuz he has done nothing as igl these past games he played for godsent
2017-12-20 17:04
4 replies
#105

tryptamine
can't find it on his FB page anywhere. do you have link to the specific post? I haven't even said anything, lol chill. I was just asking where you read it. Though they have looked better with hampus than they have looked at any point since pronax left. dennis was shit in GODSENT and with him their communication was incredibly bad. no one wants to play with Maikelele lul, Relaxa won't leave Freddyfrog, freddieb is playing really bad when he IGLs Your team suggestion is fucking dogshit and I think you know that as well.
2017-12-20 17:10
3 replies
#111

VeryNotOnTheListGuy
lmao you know nothing bout dennis and you talk shit, did you even read any interviews? he played shit cuz he didnt enjoy playing in godsent, it was pain for him to play, he didnt have any fun. but with brollan and another new guy, its a whole new team, he might change his mind. so pls dont talk dude, he would play better in this team :) and why would not relaxa leave freddy you shithead. people were saying the same bout krimz and olof. same bout gtr and f0rest. and all were wrong. doesnt matter if they are twins or not, he would leave him with no problems for that money and actual chance to win something
2017-12-20 17:13
2 replies
#119

tryptamine
lmao you think changing disco and znajder for two arguably worse players would somehow make dennis want to play in GODSENT? ahahaha you CAN'T be that stupid?? they would literally have the exact same style since they wouldn't have an IGL except they'd be even worse than before. yeah nice team retard even IF Relaxa would leave he's like the 3rd best player in his team anyway so why would GODSENT even want him lol twist and disco are carrying GODSENT and freddieb looks much better when he's not IGL, back to his Epsilon level or even better, and hampus is willing to IGL + a decent fragger
2017-12-20 17:26
#153

Variable
He said he played poorly because there was no leadership, no defined roles. So why would you kick the player who is now giving them leadership and bring him back
2017-12-20 18:17
#77

iaintnojoke
Yeah I was hoping FreddieB would be an IGL that whipped them into shape but that has not happened yet. They just play like a mix team, which is fine in tier 2 - 3 because they're all pretty skilled players, but they also get a lot of stupid losses too. A shame Dennis hates IGLing because he could've been a good experienced player to take control of the team.
2017-12-20 19:43
#96

jangbi888
Godsent is the new Singularity. Jesus these player movements should be minimized, it's just making the whole scene seem so inconsistent. Do they have 3 month contracts or something? Rosters for any sport can't be this volatile
2017-12-20 17:07
1 reply
#175

iaintnojoke
I mean, Znajder left when his contract was up and Dennis just didn't like that they played without any real strats or teamwork. Pyth was a stand-in. They desperately need an IGL to whip them into shape.
2017-12-20 19:44
#101
f0rest |

tryptamine
have you seen any game? even if we disregard the fact that his rating has been the worst, he loses by far the most aim duels and doesn't bring anything to the table as far as IGL goes (like hampus) and haven't improved anything since his NiP days. Actually he's been declining. Brollan at least has potential to become really good
2017-12-20 17:30
11 replies
#127
f0rest |

shrimpony
Have watched every game. What i see is that he is able to hit shots and hold spots or outplay the opponents that hampus or brollan just couldnt do. Every player on the team cannot end up with 30 frags at the end of the game. And pyth will take the shitty spots or duels for the team, even if it ends up with hes death. Godsent needs more of that.
2017-12-20 17:34
10 replies
#138

tryptamine
hampus did that while IGLing both in GODSENT and Red Reserve and he had a bigger impact and put up bigger numbers than Pyth. In freddieb they already have one of the best support players in Swedens tier 2 scene, they really don't need pyth and that is why he's not being picked up. Simple as that
2017-12-20 17:54
9 replies
#139
f0rest |

shrimpony
Im okey with them picking up hampus aslong as it was hampus and pyth. They be better of trading dennis back to fnatic and having golden as igl.
2017-12-20 17:57
8 replies
#141

tryptamine
that is so unrealistic... olof is doing great in FaZe and none of the other guys in fnatic want to play with dennis, they'd rather have a proper IGL and even if it was between dennis and lekr0 they'd choose lekr0
2017-12-20 18:03
5 replies
#145
f0rest |

shrimpony
Yeah for sure, i was thinking dennis-golden olof-lekro i have no problem thinking dennis would make proper igl if he just stops being oh no i dont want to be igl cuz i have to be the star bla bla..
2017-12-20 18:05
4 replies
#146

shrimpony
both twist and disco deserve better. thought the idea of removing pronax and znajder was to find better players, but i was wrong, they wanted worse ones.
2017-12-20 17:15
12 replies
#115

shrimpony
Try to type it so the words makes sense. Maybe?: If he is so good then why has he never got a serious offer from the likes of nip or fnatic? Is that what you meant? If so, well he has been on fnatic. And maybe he likes godsent and playing with disco? And remember nip and fnatic is not the only good teams in the world, its hard for every swedish player to compete for the same 10 sports. Im sure he has gotten offers from lots of teams that arent swedish.
2017-12-20 17:29
7 replies
#126

shrimpony
I dont want to teaching english to children here but ill help you out this one time. change the first word to If, add then between good and why. Add has after why. replace the was with been.
2017-12-20 17:46
2 replies
#135

iaintnojoke
Znajder left on his own after his contract ended. I think Pronax just realized his time was up on this team. I honestly think Disco is kind of overrated, high skill ceiling for sure but he has not worked well in any incarnation of Godsent. Maybe it's just a consequence of them playing like a mix team in pugs.
2017-12-20 19:47
#114
f0rest |

OfficialHLTVGrammarCorrector
Looks like we have the "frozen" problem all over again
2017-12-27 10:34
Login or register to add your comment to the discussion. 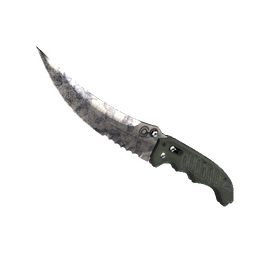