Sharks have announced via Facebook that they have completed their roster with the signing of Jhonatan "jnt" Silva.

The 23-year-old will fill the void created by the departure of Dener "⁠KHTEX⁠" Barchfield, who was given his marching orders after five months on the team. jnt reunites with exit on Sharks

Jhonatan "⁠jnt⁠" Silva is mostly known for his time with ProGaming and Black Dragons, two well-known Brazilian teams. In November, he helped BootKamp to finish 3rd-4th in the WESG qualifier, averaging a 1.07 rating in his team's 0-2 defeat to SK.

"I believe this is the opportunity I have waited so many years for, to be able to fully dedicate myself to 100% and show what I am capable of," he said in a statement.

"Europe and Sharks will be the best place for me to achieve those goals as I know the potential of my teammates and I will be playing against the best."

HLTV.org knows that Sharks' players will return to Lisbon, where the organisation's gaming house is located, next month. During their first six months in Europe, the Brazilians won two domestic events, Famalicão Extreme Gaming and Superliga, and placed third-fourth at Cross Border Esport, in Denmark.

With these changes, Sharks now have: free_smooya_ffs
Sadly this is common in Brasil. Instead of resorting to portuguese/hispanic names, several parents try to make their kids look fancy by trying (emphasis on the word trying here) to make their names looking european or american. That's why we get to see some weird variations and name compositions.
2018-01-14 22:26
#92
steel |

OfficialHLTVGrammarCorrector
WHY DO ALL BRAZLIANS HAVE THREE LETTER NAMES WHAT THE FUCK
2018-01-14 22:38
#83

luK,ws
When coachi player for k1ck back in 1.6 (many of you dont know obvious)he allways had the brazilian flag, now with a brazilian roster e have the portuguese flag lololololol
2018-01-15 12:10
Login or register to add your comment to the discussion. 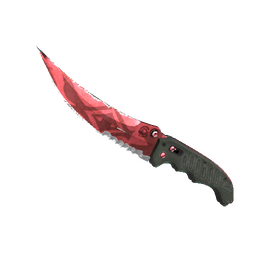