Former Cloud9 member Jordan "n0thing" Gilbert has joined the talent lineup for the ELEAGUE Major, which will kick off tomorrow with a $1,000,000 prize pool.

With less than 24 hours to go until the start of the ELEAGUE Major, the event's organisers have revealed that Jordan "⁠n0thing⁠" Gilbert has joined the broadcast crew as an analyst.

The group stage— now known as The New Legends Stage —will be played in Atlanta, Georgia, while the playoffs, which have been renamed to "The New Champions Stage" — will take place at the Agganis Arena, in Boston. The analyst desk at the Major will feature n0thing

The talent lineup from the Main Qualifier will be present in all of the upcoming stages, including the host, Richard Lewis, and five play-by-play commentators.

The full on-air team can be found below:

OFFICIAL_HLTV_DOCTOR
best analyst i luled all the shit he is talking about 80% of hltv users are familiar with stop sucking his dick richard lewis is a tryhard sherlock holmes wannabe 40 year old virgin pedophile looking fuck
2018-01-18 18:31
13 replies
#90

DiiSCO
nice spelling there's a G in bring in case you didn't know. also calling me a pussy but using the world flag that's an interesting choice. you probably come from UK or India or some other shit country
2018-01-18 18:58
1 reply
#112

Duck_Meat
It is like 24 hours until the major. eleague realise they need atleast one more person. Take a look at that list and see who lives near by and can get there quick without a shit ton of last minute flights ($). N0thing is also probably cheap so he fits perfectly. I do like the others it just makes more sense this way.
2018-01-18 20:43
#165

sydhergy
It's not ELEAGUE's fault that Semmler is not there. Semmler is under contract with Overwatch League now and casts Overwatch.
2018-01-18 18:03
2 replies
#86

Sishir
First, no pro player won't talk so unprofessionally about an analyst. So definitely it's a joke, because they specially brought the Thorin topic up. Second, let's he does but I guess you said "pro players". so TACO is now about to represent the whole CS scene then? Nice. GG mate
2018-01-18 19:23
15 replies
#132
s1mple |

MetalFace
Are you stupid or something? Almost every pro thinks Thorin is a retard that doesn't understand shit about CS Go, the only reason he even gets hired cause he knows statistics and history not because he's at all a decent analyst, he's a historian in the sense that he no lifed eSports all these years and just knows an insane amount of results and statistics but literally every pro that I've ever heard talk about Thorin says he's clueless and doesn't know shit about CS. youtube.com/watch?v=LTi3C2yEiU8
2018-01-18 19:48
14 replies
#137
NiKo |

Sishir
Are you fucking brain dead? Do you even fucking know that Get right and Thorin troll each other. Stop talking shit being a fucking newfag. Get right and thorin both said about this thing. The TACO one can still be legit but they are friends lmao. Retard.
2018-01-18 19:54
13 replies
#139
s1mple |

MetalFace
You're fucking dumb fanboy Thorin, banter or not every pro player that actually understand the game even at a basic level thinks Thorin is shit, Taco was just the first guy to rip into his ass other players say it in a more playful way be it's still the same thing. The fact you think literally anyone likes Thorin other than you is pathetic, toxic personality, always talking shit, doesn't even understand the game at a basic level (gold nova), I've seen him play CS Go on Anders stream he's dog shit and has no clue about this game and most players say that same thing such funny banter m8 same joke every time "Thorin doesn't know shit" omg very funny banter why every pro player that talks about him says it don't they know this "joke" was done before 100 times already ? Just sarcasm it isn't banter it's a fact.
2018-01-18 19:58
12 replies
#140
NiKo |

Sishir
Why are you even saying I'm a Thorin fanboy. Are you fucking autistic? The fact that he knows anything or not doesn't even come here because whatever the matter is no one said those things seriously they banter Thorin only because he banters them as well. If you check Thorin's outro on his channel then you would see everyone's saying "hi I am ...... I don't know about CS but neither does Thorin". Idk what's your culture is mate but you're completely mindfucked. Can't even take sarcasm. Fucking normie.
2018-01-18 20:04
11 replies
#142
s1mple |

MetalFace
I'm calling you a stupid fuck fanboy because you are defending this ginger autist like he's your girlfriend. Look you fake flagging smelly subhuman 3rd worlder, you can join Thorin because you're just as clueless as he is, you're hands down the most retarded individual I have ever interacted with on this website and that's saying a lot. You don't even know what banter and sarcasm is that's the most pathetic part about this entire conversation, you actually think Taco is doing banter you stupid fuck, there is no banter about that he is saying what players actually think about gingerbread so stfu.
2018-01-18 20:07
10 replies
#149
NiKo |

sometimesirageZ
you're literally the typical idiot who thinks that playing a game ( any game or sport not cs in particular and beeing relatively good at it ) makes you a good analyst in the domain. but beeing a good analyst has nothing to do with that its all about education , verbal intelligence , passion for the game and a good analytical genetic tendency . and thorin has an average of all of these combined better than all the others . most of the pros are fucking no lifers who spend 10 hours per day playing video games (many of them are school dropouts and the kind of idiots educated by internet memes , random irrelevant forums and virtual limited bubbles in general) . thorin probably read more books than all the pro scene combined and trusting a pro player on such issues just because he actively plays the game very good and you admire him just shows how stupid you are.
2018-01-18 20:31
8 replies
#153
NiKo |

Sishir
How are you even wasting your time on that guy. He doesn't even know what a joke is. I gave up already. He fucking replied with that get right clip looooool like seriously lmao
2018-01-18 20:36
7 replies
#154

MetalFace
You are a stupid kid spewing non sense, this isn't banter or sarcasm he is telling what players are thinking. Sorry to break it to you but your love Thorin isn't the most liked guy in the scene. You and that Sishir guy can go rent a room together and fuck Thorin posters together. The fact that kids like you think everything in life is a joke or banter is pathetic and how you can't tell the difference between sarcasm and someone being serious.
2018-01-18 20:43
4 replies
#159
NiKo |

Sishir
I guess I already said you bye? Don't you have a bit of self respect you senseless retard. I neither like Thorin nor hate him and the same goes for everyone. You will understand when your autism is cured. Now bye. Gtfo. I don't want smelly boys in my comments thanks.
2018-01-18 20:46
3 replies
#161
s1mple |

MetalFace
Smelly boys you serious? You've been nothing but disrespectful and spewing constant shit about topics you can't even begin to comprehend at an intellectual level. Life isn't a joke, Taco is not joking in this interview, he isn't being sarcastic, he is being straight forward sorry but I'm actually half Portuguese so I'm not just talking bullshit like you I can judge the way he's talking accurately not just by how I feel like you do. Now stop replying with your main and alt accounts no one is going to agree with you that actually understands this game at even the most basic entry point, you are clueless.
2018-01-18 20:49
2 replies
#164
NiKo |

sometimesirageZ
thorin is by far the most valuable analyst. he is very good technically analytical (maybe tied with janko) and also a fun appearance all the time (unlike janko who makes himself boring and tied maybe with spunj and moses sometimes) so it has a valuable bit of everything , but expected from stupid kids like you who betted on his predictions and lost and now hates on him because this what your limited brain can produce at his best.
2018-01-18 20:17
1 reply
#152
NiKo |

snaviwnl
Amazing news. I’ve never seen such an intelligent player as n0thing. He knows everything about the game, watching his stream is like a perfect lecture of how to play CS, how to anticipate what your opponent is going to do. Moreover Jordan is a great guy, pure joy to listen to his thoughts. Should be a coach when he ends up with being on the bench in C9. Great personality.
2018-01-18 18:41
#94
electroNic |

JasonRacism
Ffs, How can you fuck this up so many times? We wanted Spunj not fucking Jordan n0thing squeaky voice Gilbert ... Even Thorin would be better than n0thing, At least there would be someone to bully
2018-01-18 20:51
1 reply
#176

Makz_CRO
Too much talent for a single event, unfortunately. I like spunj, machine and pala. Heck, even thorin at times. Don't forget about vendetta and blu who are in my opinion underrated. It's impossible to make everyone happy so just chill and let's all enjoy the major.
2018-01-18 22:39
1 reply
#192

UnbanKQLY
N0thing have joins league major talent lul lmao
2018-02-08 10:05
Login or register to add your comment to the discussion. 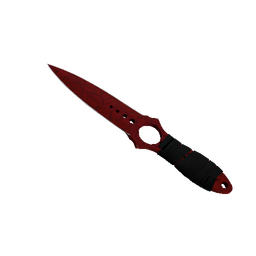