olofmeister: "Now there's only one goal, that is to win"

After FaZe qualified for the playoffs following a 16-12 win over SK on Cache, we grabbed Olof "olofmeister" Kajbjer for an interview and talked to him about FaZe's run in the group stage and what lies ahead.

FaZe clinched three wins in a row in the ELEAGUE Major group stage, joining G2 in the playoffs as the second team to go 3-0 in the Swiss format, beating fnatic, Vega Squadron, and SK. FaZe moved on to the playoffs with three wins in a row, defeating SK at the end

We spoke to Olof "⁠olofmeister⁠" Kajbjer about FaZe's rematch with Vega Squadron as well as their issues on the CT side of Cache against the Brazilians. He also told us what it will take for the European squad to win it all now that they've passed the first two stages.

Can you first tell me about your rematch with Vega Squadron - you played them at the Main Qualifier and it didn't go your way, this time it seemed very comfortable for you - were you just better prepared for them?

We were better prepared because they have a gamestyle which is I would say a little bit random. Once you're ready for - I don't know how to say it in English but stupid plays, when you're ready for that random factor, then it was easier to play against them and we had a gameplan.

Also, as people have heard, we had a hard time practicing against them before and a lot of other teams have as well, so we maybe underrated them a little bit, because we didn't really expect that their playstyle would work so well, but obviously it did.

You ended up removing Inferno in the second match, was that a map you didn't want to go back to just in case?

It's karrigan who does every veto, I just stand by him. I wouldn't be afraid to play them on Inferno, we watched the game after and we saw a lot of gaps that we could have used. But maybe we'll play them in the playoffs and maybe we can play them again on Inferno.

Going into SK, a big matchup for you and historically not very successful, how were you feeling about it considering SK are playing with felps here?

SK's a really good team, but it's not like we're afraid of playing them. They have a very special playstyle and a lot of experienced players, so they always make it hard for everyone. But they are human like everyone else and you can beat them.

And we have beaten them a lot of times in best-of-ones. I wouldn't mind meeting them in the final, it would be fun for everyone, I think, everyone involved and everyone watching, that would be a great game.

You had a rough going at the start of the match on Cache, not being able to get into it until late in the half as CT, how come?

There were a lot of close rounds as CT during the first nine rounds and then we won a semi-buy or something like this and they got semi-broke already, and then it was a lot easier for us. We had a lot of ecos, so it could have gone a different way at the start, but they played really well and we couldn't close out the rounds. It is what it is sometimes.

You ended up pulling off a great T side, only losing two rounds, were you just more comfortable on the T side in general?

We had a good start, I don't think we're a lot more comfortable on the T side, we like to play both sides. It was just a bad start and they closed out all the rounds that were close. That shows also that they are a really experienced team and that's probably why they are the best team in the world right now.

No, we don't really care what side we're on, we know that we can do really well on both sides, so we were confident even when we were down 9-1, we were talking about it, that we can still come back as T and stuff like that. I would say Cache is a little bit T-sided if you can get the money control.

Now you have four days off before the playoffs begin, how are you going to spend the break, is there going to be any more preparation, anything special?

G2 are now also in the playoffs as the second 3-0 team, do you see them as your biggest rival aside from SK?

Aside from SK, I guess G2 is the best team, but what teams have they played? They looked better than they had before, but at the same time I want to wait, they haven't beaten a really, really strong team yet. But, at the moment, yes, they are the team to look out for, I guess. Hard to say.

I'm sure you're aiming for the win here, what is that going to take?

I always take one step at a time. First of all I just wanted to qualify, which I was a bit scared of, I haven't done a qualifier in a long time, bro. And then after that, we just wanted to get through groups, because NiKo had a little bit of a curse, so we just wanted to break that, that was the main goal I think.

And now there's only one goal, that's to win. We managed do the two steps before and to be able to win this, you have to be calm, trust in your teammates, just be on point individually, AND have a little bit of luck.

Wouldn't it be great to join JW, flusha, and pronax as a three-time Major champion?

Of course, of course!

hypsipyle
the only team that can beat sk is astralix and device is idk sick or injured no idea plays like shit so i think it will be skvs faze but on the other hand felps is an awerage player boltz was playing better i would say 60% skvs faze :D
2018-01-24 00:59
#2
DeM |

Sishir
Obviously. I ain't the newfag if you say inconsistent G2 can beat SK gaming is a Bo3. TACO said that because G2 doesn't even qualify for most tournaments. And Faze and SK meet in the finals very often retarded autistic shitfuck OMEGALUL
2018-01-22 20:03
#11

RiceBoiiJP
No I think that he meant that they had multiple goals from the start of the Major (i.e. Qualify and make it through to the playoffs). But now they have completed the other goals, so their only goal now is to win the Major itself.
2018-01-22 03:29
#48

tryptamine
well first goal was to qualify. second goal to get out of groups and become legends. and now the only goal left is to win the whole Major. really not very hard to understand unless you're way below average intelligence
2018-01-22 13:49
1 reply
#53

ansoN
well, to qualify and to get out of groups are both essential to winning the whole tournament, which means their goal is to win the major. If you want to break things down like this, their goal could be winning the first playoffs' game. still a very funny phrase to say.
2018-01-22 17:35
#24 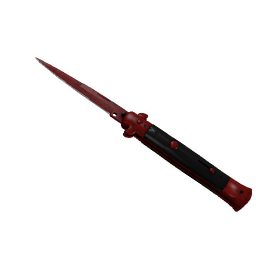