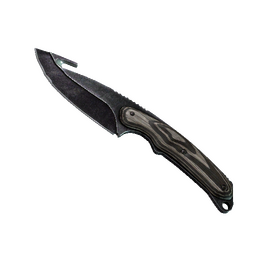 device back to the AWP role for Astralis

Peter "dupreeh" Rasmussen's period as Astralis' main AWPer ended up being a short one as the sniper will be handed back to Nicolai "device" Reedtz, the team revealed.

The switch comes as a direct result of a disappointing ELEAGUE Major Boston showing, which Astralis ended with a 1-3 record, only defeating their Danish rivals North. In the three other matches, which Astralis lost to MOUZ, fnatic and Cloud9, the Danes won a total of only 16 rounds. device will once again be the main AWP for Astralis

The Danish television channel TV2 ZULU secured the rights to broadcast the playoffs of the Major in Denmark, and in connection with the show, Peter "⁠dupreeh⁠" Rasmussen revealed that Astralis will go back to their old roles:

Even though the AWP was somewhat shared between Nicolai "⁠device⁠" Reedtz and dupreeh at the Major, the latter secured 30 kills with it, 19 of them being versus North, while device got just 16 kills with the sniper.

With preparations for the busy schedule already underway, the big green gun will be in device's hands once again. The team's first upcoming LAN event is StarSeries i-League Season 4, but the role swap will be seen in action before that, in the online season of ESL Pro League that kicks-off after the Major.

Kumay
So every little role change is(or must be) on the news section? Who cares about these washed up chokers tbh? They are done This is here only because of danish hltv admins
2018-01-29 13:54
#143

MeToxi
Just remember that everyone doubted device when they made him the main awper. However i do agree that its a waste of talent to make device a rifler/secondary awper. But I also understand why device would prefer rifleing to fulfill his ambition to become the best player of 2018.
2018-01-27 18:42
4 replies
#243

MeToxi
I know that but with his awping style i do think that it'd be esser for him with a rifle. Hopefully his illness won't prevent him from sealing the deal this year in late tournament runs.
2018-01-27 19:07
1 reply
#273

eikyboy
It's just called TV Zulu because the logo is that of an African Zulu warrior. It has nothing to do with islam or muslims. neither is it a religious channel. Mostly comedy actually.
2018-01-27 17:58
2 replies
#306

TarjaTurunen
hahaahahha "new exuse again from Astralis" they lost cuz device didnt AWP. And if they winned whole game, then it would be like "dupreeh AWPing helped as alot to win the major" Jesus christ who cares about this news? srsly hltv?
2018-01-27 16:14
4 replies
#294

Maxim1lli1aN
Dupreeh's AWPing was working well guess it's just gla1ve that couldn't create a system where both dupreeh and device would feel comfortable to play in
2018-01-28 14:54
#52

dahlrup
I just think that xyp9x is the most overall stable player on the team in every kind of scenario. Imo that is why he should be the AWPER because u need someone to rely on all the all time. (AND I remember devvek1ng on the rifles, he is absolutly a sick beast)
2018-01-27 18:17
6 replies
#202
f0rest |

dahlrup
Nah, both gla1ve and dupreeh is wild riflers, so I wouldnt give the awp to one of them. If they should make the change, I would bet on xyp, but unfortunatly I dont think Astralis will ever run the risk again after last performance.
2018-01-27 18:22
4 replies
#211
f0rest |

Ultra_Instinct_Goku
doesnt matter who uses the awp in astralis as long as they keep losing 100% of their pistolrounds they will keep dropping in ranks -kjaerbot +dennis
2018-01-27 16:24
#101

endoinho
like they didnt play standard setup on their matches in groupstage, device was awping and dupreeh rifling, and sometimes they both awp. so what was the point in this news
2018-01-27 16:25
2 replies
#111

Therealkabumm
who cares he is the most overrated player ever touched csgo he will go down this year and astralis will disband
2018-01-27 16:27
#109
shox |

OFFICIAL_OIL_BARREL_NEGOTIATOR
Lol Danish cucks. One team changes the coach and another changes the roles. Too afraid to kick players it seems. Good for their adversaries!
2018-01-27 16:27
2 replies
#122

MeToxi
Astralis have no need to change players? If all teams would change players when they have 1 bad event there would be roster changes constantly. I would however like to see a shuffle between north and heroic.
2018-01-27 16:32
1 reply
#298

MeToxi
It would be interesting to see but I do think that it would be a waste of talent since device is a great awper and Dupreeh is great at both lurking and entryfragging
2018-01-27 18:59
#177

Collee
Don't even know why they tried to change. He's really consistent and has always been between the 3 best AWPers in the world. And dupreeh is one of the best entry fraggers with the AK. Such a bad major performance by Astralis
2018-01-27 18:22
1 reply
#268
onliner |

10yearbanripperoni
I agree like it was a change they didnt need probably especially right before a major, anyways maybe they can do better in the next one
2018-01-27 19:29
#214
NiKo |

Guardianfanofguardianfan
omg Astralis need to bait and make fake announcement to get any recognition. pathetic team. expected from denmark
2018-01-27 19:22
#267
onliner |

ssau
It’s hilarious that this is even a news article. Like what’s next? Niko steps down from the deagle? The only thing more pointless in the headlines are female teams
2018-01-27 20:44
#300
dupreeh |