mousesports came from a map down to beat Natus Vincere 2-1 and win StarSeries i-League Season 4.

The first map of the tournament decider, Overpass, started with Na`Vi taking the pistol with ease and then barely surviving an anti-eco as Robin "⁠ropz⁠" Kool went huge with the Desert Eagle. A surprising third-round buy from mousesports did not pay off, putting them in a dire economic situation.

Na`Vi kept finding opening kills, forcing mousesports to play from behind in multiple rounds, with the scoreline blooming to an 8-1 advantage for the home side. mousesports then finally got a break as they won two rounds in a row, but Na`Vi were soon back at it - running all over the CTs to secure an 11-4 lead.

The Ukrainian team picked up where they had left off and further extended their lead after taking the second pistol of the game. A ropz ace did not keep Na`Vi from reaching map point, but then the home side struggled to put the game to bed, curiously only doing so on a very weak buy after losing two rounds in a row. mousesports came into Mirage looking a different side and secured a quick 3-0 lead without letting their opponents get a single bomb plant. Natus Vincere then got their first on the board after Egor "⁠flamie⁠" Vasilyev won a 1v2 situation, but the European mixture replied immediately, setting themselves up for a 6-1 lead.

Big plays from Aleksandr "⁠s1mple⁠" Kostyliev and Ioann "⁠Edward⁠" Sukhariev allowed Na`Vi to string rounds together for the first time since the start of the map, but the rest of the half was all about mousesports' great defence as Tomáš "⁠oskar⁠" Šťastný's side stormed to an 11-4 lead.

The second half began at a frantic pace as the teams kept trading blows, with s1mple rescuing his team time and time again with vital plays. With the 20-year-old talent in stunning form, Na`Vi managed to bring the deficit to a minimum, but then a team ace from mousesports put them on 14 rounds.

Natus Vincere kept their hopes alive by taking the next round, this way resetting mousesports' economy. The Ukrainians went on another great run, hitting match point, but, with their backs against the well, mouz responded in the 30th round to level up the score at 15-15.

The first overtime failed to determine a winner as both teams won two rounds on the offensive side - Na`Vi only doing so thanks to two 1v2 clutches from Denis "⁠electronic⁠" Sharipov. In the second overtime, Chris "⁠chrisJ⁠" de Jong turned hero as he constantly kept Na`Vi's players at bay with his AWP, helping mousesports to win four consecutive rounds and force a decider map. s1mple was in top form - but it was not enough

With the momentum now swinging in their favour, mousesports got off to a flying start on Train, winning eight of the first nine rounds after abusing the B site - where an out-of-form Danylo "⁠Zeus⁠" Teslenko was stationed.

Na`Vi then finally got a footing in the game as they won three of the next four rounds, but mousesports were unfazed by that and secured the final two rounds of the half to secure an 11-4 lead.

A quad-kill from Edward in a B execution gave Na`Vi the second half pistol and marked the start of a great run from the Ukrainians, who won five rounds in a row to bring the deficit to 9-11. It looked liked mousesports were falling apart but then they set up a very tight defence, winning five rounds in a row en-route to a 16-9 finish.

Never get tired
Let me guess: -Zeus? He played in Gambit and they won a major. After he left Gambit sucked. Yes he had one of those bad days today, and yes his strats might not be very complicated, but who does better than he? ANGE1? C'mon, the only time his team showed something cool was when B1ad3 coached them and s1mple played with them. Nobody can be sure that ANGE1 will improve Na`Vi. Look at karrigan - Astralis' level dropped dramatically for a reason and they benched him, but he still was the guy that made FaZe finally look like a team instead of an MM-like mix with 5 individuals, while Astralis won a major and then step-by-step dropped to a level of a team that may not even get to the semis, it's not all about an IGL in the end, the other 4 players should win duels, and electronic prior to the OT on mirage looked mediocre, because everybody has bad days from time to time, both electronic and flamie on train for example, but you only criticize IGLs that have a harder work to do - not just run'n'gun but constantly analyze what is happening and where all the players are to make calls, while regular fraggers should just listen to what their IGL says and focus on their crosshairs, that's why IGLs are usually weaker as fraggers. Also don't forget that Astralis and FaZe lost to Na`Vi. Oh btw: how much did you losted? ;-D
2018-02-26 00:16
57 replies
#20
Xizt |

GenezizFR
for real, the best trade they can do its -guardian +simple, because simple want snipe if there is guardian he will not snipe, and olof played not bad since he join faze
2018-03-03 15:04
#246

Slyven
Removing karrigan is a terrible idea, yup he's not a heavy fragger, but wonder what FaZe will look like without an IGL... The worst choice would be to trade him for a fragger, things would only get worse
2018-02-26 04:11
#101
SmithZz |

psymax
there is nothing to fix, just look where navi were when they got electronic and look where they are now, they are progressing, just give them more time to fix their map pool and they will win more tournaments
2018-02-26 00:48
1 reply
#222
s1mple |

postwarscars
The Navi that got to these finals is miles better than the Navi that was playing with Seized running the show. They've actually started to show promise in their play, I think it's unfair to criticize them right now. They didn't win a final, so what? Like 6 months ago they wouldn't have made it out of groups.
2018-02-26 01:29
#229
karrigan |

Telt
Nothing needs to change, you just need patience.. How long has it been for the old SK quatuor to get to such level ? Several years, with no results but confidence and trust. And it worked in the end
2018-02-26 02:19
#25
Hiko |

TheBlackSwordsman
dont what you are talking about after they picked up kjaerbye they were terrible as soon as karrigan left they make semis for almost a whole year straight and actually won a major they were the favorite to win so this a very bad bait
2018-02-26 00:20
2 replies
#175

Never get tired
My point is that it wasn't all about karrigan, they also had bad matches with gla1ve, so you shouldn't blame everything on just their IGL, plus there's no ideal IGL that makes no mistakes.
2018-02-26 00:43
1 reply
#288

tetuan
There are no better IGL available atm that speak the language. They should just focus making strats with the rest of the team while Zeus plays DM.
2018-02-26 08:26
#270

PinochetDidNothingWrong
i think it was the only tier1 tournament they could've won. s1mple has 2 choices: stay&earn ez 20k$/m or leave&join a team where people actually care about this game and are able to win tier1 tournaments.
2018-02-26 00:30
3 replies
#238

d123aniel2005
ayyy Pretty good showing from mouz NaVi need to work on different maps Or they could replace edward or Flamie with someoNE from vega, or some other russian team S1mple is still god
2018-02-26 00:20
#26

FrenchProtector
Very true but if we continue to have very random winners then s1mple is an obvious frontrunner atm imo.
2018-02-26 04:06
#90

thooorin_destroyed_kng
What does s1mple have to do to finally win? This guy is so fucking unlucky,he played like the best player in the world,he carried them so much it can't be expressed by words and he still can't do it.I'm frustrated,i would break the table and the computer if i'd be him
2018-02-26 00:21
#97

Vinylshark
Really happy for Mouz. They really have improved at lot since the end of 2017. I hope they will continue to keep up this performance and somehow figure out how to keep from choking from time to time.
2018-02-26 00:21
#111
EliGE |

cetinHo - in memory of cyx
#1 Mykonos #2 ECS Finals #2 Dreamhack Winter Major Legend Spot #1 Starladder mouz easily top 5 and arguably top 3 in last couple of months even tho they get alot of hate from so called experts like yNk and Thorin. #haters plus they are a real team with individual power and tactics aswell as 5 guys contributing and no superstar like NaVi. Just a great showing. <3
2018-02-26 00:24
#136

Bennime
he played pretty well on mirage, he is actually playing kinda smart on that map. everyone got destroyed on Overpass and he wasnt rly needed on train. tbh he played alot better the whole tournament compared to a few weeks an month back.
2018-02-26 00:37
2 replies
#182

Bennime
exactly that what matters the most. i think he can improve alot more. wasnt a fan of him but he is alright now. Atleast he doesnt drag down the team o much like certain other indeviduals *cough* zeus
2018-02-26 00:41
#183

PewPewKurt
gg mouz, deserved ! strong team, strong game plan, strong individuals! lanJ for sure one of the most powerfull IGLs out there atm. + they have a decent map pool. if they keep their form, they will be a semifinal candidate in every tournament 2k18!
2018-02-26 00:43
#196

Antifrag
Congratz to mousesports. Incredible performance from s1mple, but unfortunately you cannot win titles by yourself in a team based game.
2018-02-26 00:47
#201

mikecool
Simple deserved the MVP. Stellar performance. You couldn't ask anything more from him. Congrats to mouz, they truly deserved the win though.
2018-02-26 02:37
#231

cadik
this is NOT EMBARASSING this is shows how competitive Cunter-Strike works team play wins over one teammates bait + eco/exit fragger stats hunter
2018-02-26 04:47
1 reply
#286
elemeNt |

megz
Seized gotta have a funny taste in his mouth being cut for the 'amazing talent' that is electronic... what a joke. I cheered for mouz, but having that kind of a hard carry on your team and still lose... it shouldnt happen at this level.
2018-02-26 09:58
#275
dennis | 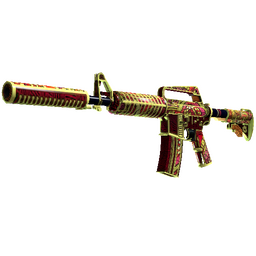