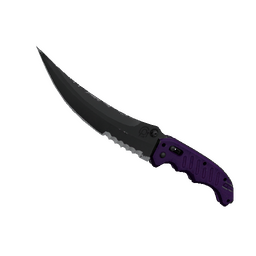 The format and venue for the WESG World Finals, which will take place March 13-18, have been announced by the tournament organizer. The tournament, which will be hosted by Alisport and Haikou's Municipal People's Government, will be held at the Haikou International Convention & Exhibition Center on the island province of Hainan, across the Qiongzhou Strait from mainland China.

The 32 qualified teams will play one preliminary best-of-one round-robin group stage with eight groups of four teams, with the top two of each group moving on to a second round-robin group stage with four groups of four teams battling it out in best-of-twos. Then, the top two of each group will move to a best-of-three single bracket playoff.

The full prize pool distribution for the WESG World Finals is:

ImKuru
It’s still a very commercial event in which they try to get other people than csgo fans to watch the major. If the games are boring because a team like EatMyChips competes, that’s not good for viewership and makes the event way longer which they don’t want either
2018-03-03 12:34
5 replies
#160

1Marc
Could be even better with no nations rules, but still a good event. A lot of oportunities for low tier teams play in a big stage and against good teams. Helps a lot to develop some regions, like africa/middle east and even south america.
2018-03-02 21:19
1 reply
#141
TACO |

kick_friberg_ffs
almost unbelieveable that these shitters couldnt even qualify even though they just had to make top 3 in their group liquipedia.net/counterstrike/World_Elect..
2018-03-03 00:46
#22

Cruujed
But they're still representing individual teams, not their countries. There is a world cup type thing but it's a whole different organisation.
2018-03-02 17:29
2 replies
#85
sh1ro |

berd
Each team has players of one nationality. So they ARE representing their countries. And an international team in this event would be fucking stupid. The whole point is to promote esports to Olympic level.
2018-03-02 18:04
#67
applesauce |

virrus
And faze is an international team and in this tournament all members should be from one country . Just like olympics since the goal of wesg is to promote esport and list it as a game in the olympics
2018-03-02 17:40
2 replies
#102
device |

thomas_mikkelsen
Okay, thank you for your response. I just find it odd that teams like North, Astralis, G2 etc with all homegrown teams hasnt even tried qualifying when the avg. strength in the teams are weaker and prize pool higher than in a Major eg.
2018-03-02 19:35
1 reply
#103
Coronaz |

virrus
believe me major has more than a prize pool if we count the sticker money if they get top 8 in major people would buy their stickers in order to play the pick em challenge and they would get more money and also would get legend status is more important than 800k
2018-03-02 19:37
#86
disco doplan |

Reve_nant
Like others said. teams must consists of players from one nation. Also, Astralis, G2. North and NIP were at Blast Pro Series during EU qualifier, so they couldnt compete.
2018-03-02 20:10
#130

dream3r
Player of the week
7