ESL have confirmed mousesports as the fourth team invited to IEM Sydney, set to take place on May 1-6.

After revealing last week's invite in the form of hometown favourites Renegades, ESL Australia announced the addition of MOUZ to the invitation list, which will be the European roster's first time travelling down under.

Currently ranked sixth in the world, Robin "⁠ropz⁠" Kool and co. are off to a good start for 2018 with Legend status earned at ELEAGUE Major Boston and winning a big event over Natus Vincere at StarSeries i-League Season 4.

mousesports will play in Sydney

IEM Sydney will feature 16-teams, a prize pot of $250,000 on the line, with the last three days being played in front a live audience at Qudos Bank Arena. The remaining twelve slots will be determined through a few more invites and the rest done via qualifiers for Oceania, Asia, Europe and North America.

Any Australian @mousesports fans? 🐭
The team will be heading Down Under in May for #IEM Sydney 2018! 🇦🇺https://t.co/MBqZJwbhre pic.twitter.com/o4KF8bIEKt

MightRider
This roster would not be full without best support player STYGOD, with him finishing the squad as mousesports, the ultimate strong European mix, that will only be good, if it stays together.
2018-03-20 10:32
12 replies
#49
rain |

TwoFaced_Toledo
Current reigning major champs wasted LUL expected from nip fan Nip will not be invited, they have to get in thru one of the qualifiers.
2018-03-20 11:36
3 replies
#98

Next in Line
DEMO 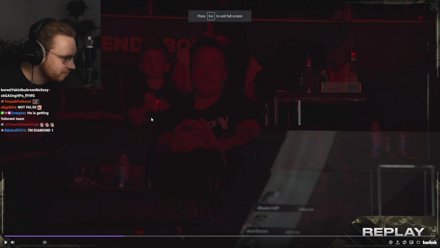