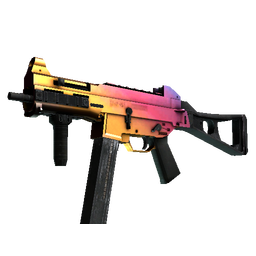 B.O.O.T-d[S] has announced that their replacement for Benjamin "moxie" Kou will be a young Kazakhstani player Alikhan "w1nt3r" Kopzhanov.

It was revealed that Benjamin "⁠moxie⁠" Kou was leaving the team shortly after the Singaporean squad was eliminated from WESG 2017 World Finals, finishing 17th-22nd at the international tournament. However, moxie was soon recalled for two more LAN events, both of which finished underwhelming for BOOT-d[S]. Now, BOOT-d[S] have finally announced their replacement for moxie, signing Alikhan "⁠w1nt3r⁠" Kopzhanov. The 20-year-old hailing from Kazakhstan has been playing for Singaporean teams Insidious and Quadruno before getting a chance to step in for BOOT-d[S] at the beginning of this year.

Seemingly satisfied with his performances, w1nt3r, who is currently studying in Singapore, has been given a permanent spot on the team by BOOT-d[S].

The new roster will be put to the test soon, as BOOT-d[S] are set to take on regional opposition in qualifiers for IEM Sydney and ESL Pro League Season 7 Finals in the coming weeks.

From now on, I am officially playing for B.O.O.T. @TeamDreamscape . It’s a start of a big chapter in my career and it is going to be damn exciting journey! courtnbye
Kazakhstan has a huge scene of players. New farm country for pro playing. It's a pity that we don't have appropriate conditions for training. Anyway, wish u best of luck, dude.
2018-04-02 19:29
#93

wInt3r
Fake news,lel. When I saw the thread I though somebody is baiting or insulting me because I am 15 years old.
2018-04-02 19:48
Login or register to add your comment to the discussion.