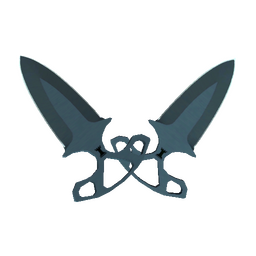 fnatic invited to ESL One Cologne

ESL have revealed fnatic as the third team invited to compete at ESL One Cologne.

The organizers previously announced SK and Cloud9 as the first invited teams to the fifth ESL One tournament held in Cologne, Germany, which will once again feature 16 teams.

fnatic recently clinched trophies at IEM Katowice, defeating FaZe in the grand final, and at WESG World Finals, to climb to third place in HLTV.org rankings. The IEM Katowice champions have been invited to ESL One Cologne

ESL One Cologne 2018 will take place from July 3-8, with the first three days reserved for the group stage, which will see the top six teams advance to the playoffs held at the LANXESS Arena. More invites will follow on the coming days.

The current team list for the $300,000 tournament looks as follows:

The third direct #ESLOne Cologne 2018 invite goes to none other than the reigning #IEM Katowice World Champions - @Fnatic!https://t.co/EfHNuAKO6E pic.twitter.com/ob58ZvIpcM

junera
Next invite for FURIA or TeamOne pls, Neymar will be so happy if they invite his team and the csgo Ronaldinho will destroy everyone if TeamOne gets invited!!! #GoONE #DIADEFURIA #SAVETRK
2018-04-04 17:28
7 replies
#86
S3NSEY |

GoblinYuko
Northern lights flash in the sky. A blizzard blows, pelting on its way those too weak to withstand the fury of winter at its fullest. From the permafrost strikes a massive hand; the mythical giant once deemed dead off the coast of Italy now rises to life, regenerated, from Lappish soil. The time is due. Around the world, the word spreads. In Sweden, the best of the best cower in fear and lock themselves in the nearest IKEA retail store. The Brazilians run into the safety of the jungle, the Danes play dead in Legoland and the Slavs sprint crying to babushka’s warm embrace. Enceladus’s augurs are unleashed upon the scene. Aleksi “allu” Jalli hails from his journey spent in international teams. A man may leave Finland, but Finland never leaves a man. Once again, he picks up the green rifle, this time not for money or fame, but to smite all opposition in the name of Enceladus. Aleksi “aleksib” Virolainen leaves the fabled squad of HAVU to lead what we can finally describe as a Finnish superteam. Under his leadership shall the northern guns spit death and destruction upon foes who wail in their weakness. Jani “aerial” Jussila joins after the biggest transfer of the Finnish e-sport scene from his former team SuperJymy. No longer will he be the only stand-out player of his team, but instead, a vital ingredient of a chaotic cocktail made up of Finland’s finest. Jere “sergej” Salo thwarts all rumors of desperate Internet trolls trying to tell they know his parents who told him to stop playing. Oh, the humanity! Backed up by the forces at home, bursting from motivation like a wolf thirsting for blood, he returns to ravage everything in his path. Where skill rises to speak, experience sits silent and disciplined. Sami “xseveN” Laasanen fills the ranks from iGame, for what would the team be if they wouldn’t buy the best player from every other Finnish team? Vigilantly standing, supporting his teammates be the cause what it pleases to be, he will be the shield and sword his comrades need to achieve the ultimate. The warning has been given. The sky screams, the ground shakes and the oceans boil. ENCE is coming. #EZ4ENCE
2018-04-04 16:03
5 replies
#21
shox |

TwoFaced_Toledo
LuL keep talking out of your ass, fluke is the only word you people know. The major was not a fluke and someone has yet to prove it was. Also stewie is the twofaced snake bot that just left the team. Now with FNS they have structure and will be consitently better lmao. sorry that friberg is no longer a relevant player ))
2018-04-05 17:16
11 replies
#123
dj_skullfuck |

karlssonV
It was a fluke and everyone knows it. Faze choked their dicks off that match. Watch it again and look at how many times they messed up big time in crucial rounds. c9 was lucky the USA chants got into fazes heads. Liquid had a chance at being good but they blew it. Na is trash and always will be. He'll be relevant soon enough. Even if he doesn't, Sweden will still be 10x better than NA. Just face it NA people lacks scandinavians huge brain capacity, their petty brains always look for drama and fights instead of improvement. The drama makes for good entertainment though lmao.
2018-04-05 17:26
10 replies
#124

karlssonV
Another brilliant NA mind at work. I literally told you. Watch the match again, and see how many times faze choked. Leading 15-11 and couldn't close it out despite having some 4v3, 4v2 rounds. Leading 18-15 in ot going in to the ct side and couldn't close it out. I cannot be arsed writing 10 paragraphs analyzing round by round on how c9 fluked the major win. I think the biggest part was the crowd. The "USA" chants are so stupid they actually worked and tilted FaZe. Petty NA brain when will you surrender to the superior evolution.
2018-04-05 17:32
8 replies
#126

karlssonV
Lmao cliche meme neckbeard answer by a petty brain american expected ;D Again Faze "almost" lost to c9 because they had an off day. And c9 major win was a fluke. End of conversation. You idiot americans are so stubborn its un fucking real. Ignorance is bliss fuck yeah should be your motto.
2018-04-05 18:16
4 replies
#130

karlssonV
There is evidence and i've made arguments what the actual fuck are you on about. This is what i mean about americans, you search americans on youtube and the first video "Americans are dumber than the rest of the world, is it true?" The rest of the world laughs at you for being stupid. There has to be some coherency. Don't you think? Of course you don't you stupid bastards :D
2018-04-05 18:53
2 replies
#132

El_CaPiTaN
Ahaha they have not done ANYTHING in the tier1 scene since being runner up at Dreamhack Masters right after the major, and that was a totally different roster, they are like the 4th best danish team right now, you are completely delusional if you think any tier1 tournament is gonna invite them this year
2018-04-04 16:10
4 replies
#65

Thomaszand
And Dutch ones, a ton of dutch people will obviously attend ESL Cologne as well, like they do every year. Mouz are definitely the fan favorites there.
2018-04-04 16:59
1 reply
#72