Liquid have kicked off their DreamHack Masters Marseille run on the right foot after beating Gambit 16-7, while fnatic have defeated TyLoo with a dominant 16-4 score.

In their first official match with Epitacio "⁠TACO⁠" de Melo, Liquid battled it out against Gambit on Cobblestone. Starting out as Counter-Terrorists, the North Americans bagged a 3-0 lead after securing the first pistol round, but then Gambit levelled up the score.

With their economy back on track, Liquid started stringing rounds together, constantly denying Gambit from breaking through their defence. In the 12th round, however, the Kazakhstan side was finally able to stop their opponents' streak, losing only one more round to bring the deficit to three rounds by half-time. Liquid began the second half with another pistol round win, and then cruised to a 12-6 lead. From that moment, Nick "⁠nitr0⁠" Cannella's men remained in the driving seat and calmly hit match-point. Gambit still responded in the following round, but it was all in vain as Liquid then wrapped things up fairly easily.

The Group C opening match kicked off on Inferno, with Kevin "⁠xccurate⁠" Susanto's men picking up their CT-side pistol. fnatic countered their opponents in the next round, however, and, from that point, kept overwhelming TYLOO's defence to go up 11-1.

Even though TYLOO then strung the final three rounds of the half to hit the four-round mark, fnatic would not let them raise their hopes, and quickly finished things off in the second half.

flekzout
tyLOL.. waste of spot, always lose.. stupid ASIAN. such a disgrace to ASIAN team.
2018-04-18 21:01
Login or register to add your comment to the discussion. 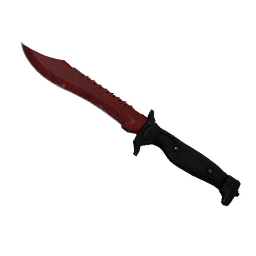