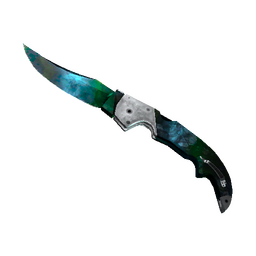 eNergy have brought in Gareth "MisteM" Ries as a replacement for Jan "takbok" Theron, who has been benched from the team.

In a Twitlonger post, Robby "⁠blackpoisoN⁠" Da Loca shared that the team felt Jan "⁠takbok⁠" Theron was "struggling to adapt in certain scenarios" and that they have noticed a lack of motivation from the 25-year-old.

His replacement, 16-year-old Gareth "⁠MisteM⁠" Ries, previously played for teams such as FlipSid3 Africa in 2017 and, more recently, Sinister5, who finished second to Energy in the South African division of ESEA Open Season 27 last week.

In the aforementioned statement, blackpoisoN revealed that the South African side have had the opportunity to go overseas, which would see them follow in the footsteps of Bravado, although Energy have decided against doing so for the time being.

"Today we are super proud to announce our new young player to the team, Gareth "MisteM" Ries! A lot of players have been very curious regarding the VAC ban issue and I would like to inform everyone that I have been in direct contact with Valve and his records are clean, so all assumptions can go out the window." bLacKpoisoN stated in a Twitlonger post.

"We are very happy with our new 5th member as we have been discussing it for over 1-2 months now. I feel that bringing in a very young (16 years old) super-talented player like MisteM will be great for our team and himself as an individual player. We really excited to share our knowledge and experience with him to make an even better player.

"With regards to Jan "takbok" Theron, he is a good player but unfortunately, we got to a point where we all at a point to focus on the next big step and we felt takbok was struggling to adapt in certain scenarios. We also noticed a lack of motivation."

The team's lineup now is:

Today we have the pleasure of announcing a new member of our organisation and CounterStrike team.
Gareth "MisteM" Ries has joined the active Energy CSGO roster.
Welcome @MisteMGaming!#Energy2018 pic.twitter.com/EdPv8N5q7F ThePriestAndras
hltv, can you please stop with all these news about no namers? I haven't seen them play in an official match in about forever. please stop with this crap
2018-04-25 18:38
3 replies
#36

blank_body
incredible! this roster move will send shockwaves through all of tier 1 csgo! can't wait to see what this potential top 5 player can bring to such a strong and dynamic team. very excited to see them contending for international lan titles in the near future
2018-04-25 18:39
2 replies
#38