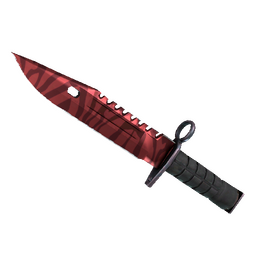 Tempo Storm have announced their return to Counter-Strike with an all-European squad headlined by Ricardo "fox" Pacheco and Kevin "HS" Tarn.

The announcement comes after weeks of negotiations between the team and Tempo Storm, who, as HLTV.org reported in early April, were one of the organisations in the running to sign the squad.

Joining the previously reported quartet is Spanish player Aitor "⁠SOKER⁠" Fernández, who was last seen playing for x6tence White and was a teammate of Christian "⁠loWel⁠" Garcia Antoran in the Wololos team that attended the WESG Finals, earlier in the year. HLTV.org knows that the 24-year-old was out of a contract after reaching an agreement with x6tence for his release and that he joins Tempo Storm on a three-month trial. This means that the only player Tempo Storm had to buy out of a contract was Paweł "⁠innocent⁠" Mocek, who announced on Wednesday that he was no longer part of Sprout after a four-month stint with the German organisation.

Contrary to the belief that the team would sign an in-game leader to complete their roster or give the reins to Ricardo "⁠fox⁠" Pacheco, it will be Kevin "⁠HS⁠" Tarn calling the shots - a first for the former PENTA and OpTic player.

"I am very excited to join Tempo Storm because [manager] Hampus, [CEO] Andrey, and I have wanted to work together multiple times in the past, and it never really got finalized until now," HS said in a statement.

"I feel like this roster has players who share a similar mindset, goals, mentality, and attitude – they're extremely easy to work with. This is going to get us far – we will definitely exceed the expectations of the public."

The news marks Tempo Storm's return to Counter-Strike after being out of the scene for some months. The North American organisation, mostly known in the scene for housing the roster that would go on to join Immortals, had recently parted ways with their Brazilian and Swedish squads, featuring up-and-coming talents.

"We've been patiently waiting for the right roster to jump back into CS:GO with," Tempo Storm CEO Andrey "Reynad" Yanyuk added. "We came very close to signing many of these players before, and now the opportunity has finally come for us to do so.

"Our players have the right motivation behind competing – they are driven by the desire to win above all else.

"They are chasing results instead of just the highest paychecks. This international roster is a strong contender that our fans will be proud to support."

Tempo Storm have been invited to compete at the Mercedes-Benz CS:GO CUP, a $50,000 competition that will be held from June 9-10 at Altice Arena, in Lisbon, as part of Moche XL ESPORTS.

The team's roster is the following:

The moment we've all been waiting for... N0Love
No it's not the same thing obviously and for precise communication it's an imposible situation but for a regular conversation it's pretty much fine. If you're Portuguese with no clue of speaking Spanish and you read something in Spanish you could understand lots of things even the whole context of the article. And viceversa for us. With that said, in this case all of the 5 have a good English level but I just hope the Spanish trio can respect that and speak English for everybody. I've been in similar situations before and I've found quite hard to speak to a fellow Spaniard in English to be honest.
2018-05-11 08:03
#516

Z101Z
people don't hate fox, people simply can not stand his fan kids. fox is a normal player (not super good, not super bad) that is consider a God by some kids. Those kids are unberable and now they are here saying that this team will win the major. Face it, kiddo, fox will be very happy if this team qualifies for the major, which is unlikely. Even fox is not expecting to win good tournaments...
2018-05-03 17:28
1 reply
#287

CRMN1
That's exactly the point. Hate the fans, not the innocent player. What he clearly stated shows hate towards fox himself not the fans, so it's accurate to wonder where the hate comes from. Fox isn't very good but he isn't awful either and he proved to be one of the most important elements on the two last experiments Dignitas and Kinguin
2018-05-03 18:41
#42

WE_HAWWWT
We all knowed oskar for being really Good on hr but not a star i really agree about what u said about mouz i Hope this team can do well and all of them show the potencial they have like innocent and hs
2018-05-04 02:02
#45
pronax |

chanSw0w
Im just saying that Lowel and Soker have very good Individual Skill, they can compete vs Tier 2 Teams. If the communication is good they can win qualifiers and show his habilities in a Closed QR or Event
2018-05-03 17:15
1 reply
#269

Z101Z
don't be so confident... fankids may surprise you... anyway, this team just lost against the magicians. Tempo Storm should disband them in less than 3 months and the daily threads will start again.
2018-05-03 17:17
#61
pashaBiceps |

devyze
they need to pay for their traveling and don't have each one a private car plus they cannot have Uncrustables Sandwiches because of their "Gamer Diet" ... FeelsBadMan ahahahah x'D
2018-05-03 18:37
3 replies
#280

vaniIIa
yes but TaZ and NEO have been actively playing, Fox has just been existing Regardless, I hope your Portugal CS grandpa does well my friend
2018-05-04 03:00
#86

Reaper1
Tier3 at best. I hope HS gets to perform well and gets picked up by some better team. But from what the Portuguese people here have been spamming aand as reported in this article, HS will be the igl, so even him performing well seems difficult. 4months btw
2018-05-03 17:13
1 reply
#123

EddyParera
What is the best Soker role? I don't know him at all. Well, before HS said he was going to IGL, I thought it would be Innocent because he was HS' IGL on Penta and that would allow HS to shine without worrying about everything. But Innocent doesn't want to be IGL. Fox doesn't like it either (it's pretty clear which games Fox was IGL on Kinguin, those when he was bottom fragger, because when he wasn't, he was top fragger there) About Star players, It will be Fox, HS and Lowel coming 3rd. Lowel has an amazing 1st bullet and if he's an entry killer on Tempo Storm, I think he'll sacrifice a lot to keep HS alive.
2018-05-03 23:33
#102

hercegovac
imo still better than playing with 3 washed up has-beens, one of which (krystal) is completely useless now because his role got replaced by Nato
2018-05-03 17:25
#159

HolaBuenas
So much hype? Do you even read the comments? Almost nobody gives this team more than a month. HLTV community is pure aids, instead of supporting each other in order to build a better competitive scene, they decide to hate.
2018-05-03 18:27
5 replies
#279
s1mple |

vladimirtrump
This is an already dead team. They bootcamp for a month, get their names in major faceit circuit. Some random team like OMEGAUKCSLUL defeats them in opens. They fail some other open qualis. Attend a DH open or two at max and when post major the big shuffle comes again, hope to get picked by a squad. HS has failed twice now with optic and this experiment. Like this is a limbo players should exist in. They should just grind in FPL and win like consecutive months and hope that someone comes knocking. Or go to NA and stick around like Cerq
2018-05-03 18:38
4 replies
#305

HolaBuenas
Those were like two or three portuguese kids that spent all day long at home posting 20 fox threads per day. But there is not much hype besides fox fans and spanish fans
2018-05-03 18:56
#338
s1mple |

wiseGOD
Thats because you are a retard! The money coming from sponsors is more than enough to gain profit. Also the amount merch they will sell to portuguese kids if they actually get good.. You have no idea how e-sports work do you?
2018-05-04 13:51
4 replies
#479

lionheart177
u are an idiot why would sponsors sponsor a team that wont win anything... getting the sponsor's "name out there" isnt going to generate that much revenue..the sponsor would be losing money in this case but if it was a good team then it would be different but its not its a scrub team... hardly anyone buys merch and that isnt enough to sustain an org and pay 5 players sorry
2018-05-04 20:32
3 replies
#481