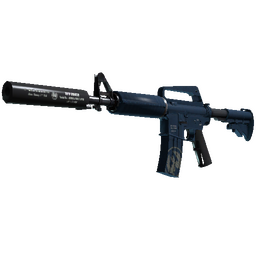 Xizt: "I would like to be an in-game leader, once I find my new home"

To recap FaZe's group stage performance and hear about him adapting to a new environment, we talked to the team's temporary addition Richard "Xizt" Landström.

The European mixture had a rocky start to IEM Sydney 2018, falling to Renegades on the first day, struggling somewhat against Grayhound before finally making the playoffs today with a win over Cloud9.

The final series was the one FaZe looked the best in so far, so following it, we quizzed Richard "⁠Xizt⁠" Landström about playing on a new team, future plans and the return of Dust2.

You've obviously been in NiP for a long time, and now you're in FaZe - what's been the most difficult thing to adapt to, being in a new, international team?

To be honest, I thought it was going to be kind of easy, going from being an in-game leader for such a long time to being just a normal player. I think the biggest issue is the communication because we have to speak in English and I've always communicated in Swedish. That took a while to get used to, but also, I'm replacing olof in all of his roles and it's kind of hard for me, it's going to take some time. He is playing solo positions everywhere and he has to make a lot of decisions by himself, I've always played in a role where I'm playing with people, telling them what to do and playing off of them. That's the biggest adaptation for me, switching the role I guess.

You mentioned that you were an in-game leader, for so long as well, this opportunity to join FaZe was something that popped up last-second, I guess. Ideally, is going back to in-game leading something that you would like to do later on, or would you rather just be a player like you are now?

I think that I would like to be an in-game leader, once I find my new home. Obviously, this is just temporary. I think I can learn a lot from karrigan, I also think it's healthy for me to be be away from the role for a while. It was kind of tough in NiP for me, in the end especially, the last 1-2 years I felt kind of stuck, I couldn't do new things that I wanted to do. I think it was good for me and also for NiP to get a fresh start.

You played your first tournament in Marseille and then you got here, what was the general feeling coming to IEM Sydney?

We struggled a lot in Marseille with communication and stuff like that, especially in tight situations, when it was the end of a map. When we had to close it out we stressed, our communication and decision making [was poor]. It was the same here, in the game against Renegades. It's something we are working really hard on, how to communicate, to play more together as a team. That's what we are focusing on right now.

These Australian teams surprised a lot of people, impressed with the results they had. What do you make of it so far? You personally lost to Renegades, beat Grayhound, but that was a close match as well...

I mean, Renegades are a good team, they have been around for a very long time, I have a lot of respect for them and they deserve to play in the playoffs. I'm happy for them. About the other Australian teams, no one knows how they play, really, I think they took a lot of teams by surprise, they have really good individual players. Their AWPer, Gratisfaction, he surprised a lot of people here, they played really good individually and played slow rounds as T, which was kind of hard for us. But we adjusted pretty good in the end I think... and it's good it was a BO3. (laughs)

Dust2 is back in the map pool, you've played it once here - what do you make of the map coming back and the new version?

I don't think it's so much different from the old one, to be honest, there is just new smoke lineups and flash lineups, stuff like this. I've always been a fan of Dust2, I think it's a great map, there is a lot of stuff tactically that you can do. It's good for us in FaZe as well, because we always permabanned Cobble, having Dust2 back we can now play all seven maps, that's just a big advantage for us.

Just to finish it off, now you played against Cloud9, got the win, it seemed like maybe the easiest match you had here so far. I guess that is kind of surprising, considering Cloud9 and their stature as a team...

Yeah, we lost to Cloud9 in Marseille but I think we've improved a lot as a team since then, we played really good as T this series, we need to improve our CT sides, especially on Mirage. But yeah, they have a new player, we also have a new player in me, it's not the same as the Major final match. But yeah, they are a good team and we are happy that we could close it out this time.

rebelstand
please come to fnatic and replace golden gosh fnatic t side has been atrocious to watch golden literally is overrated as hell.
2018-05-03 11:07
2 replies
#63

FuuRy09
so annoying to see your golden hate everywhere. Xizt is bot as well. Look at NiPs T rounds in the last year. All won by individual performance. And when it gets close they allways rush or wait way too long
2018-05-03 13:41
#93

Stopbanningfornoreason
XIZT isnt as bad as some kids say but cmon, you're retarded if you seriously think he is a reason for all his trophies, he was in the best team in the world ( NIP ) when they were dominating and winning everything and weve seen that as soon as they started to struggle he couldnt be even average as an igl and player and now he is getting hard carry by the best trio in the world and people act like he is the reason why a top team beforehim is just living to expectation and having top tier results
2018-05-10 16:00
#105

randomyG
Nobody want to see your throw face
2018-05-12 09:57
Login or register to add your comment to the discussion.