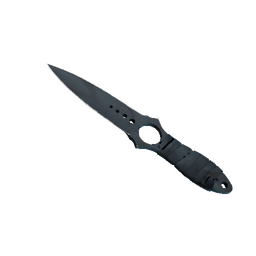 TeamOne are in the market for a new player after parting ways with Pedro "drg" Lima, according to a report from ESPN Esports Brasil.

The move comes as little surprise as Pedro "⁠drg⁠" Lima had failed to impress since joining TeamOne, at the end of March, as a replacement for Caike "⁠caike⁠" Costa.

During his time with the Brazilian team, the 22-year-old averaged a disappointing 0.79 rating, ending just three of the 22 maps that he played with above-average ratings.

According to ESPN Esports Brasil, which cites sources close to TeamOne, drg was always supposed to be a temporary solution until a permanent replacement for caike could be found. TeamOne are down to just four players

Lucas "⁠steel⁠" Lopes, Vito "⁠kNgV-⁠" Giuseppe and Lucas "⁠DeStiNy⁠" Bullo were TeamOne's initial targets, but none of those options materialised. steel ended up agreeing terms with Luminosity, while the latter two were ruled out due to visa issues.

TeamOne's management and players have drawn up a nine-man shortlist, on which the organisation will now begin to work. The first of these is Nicolas "⁠NikoM⁠" Miozzi, who is plying his trade for Isurus. The Argentinian team, who currently reside in Brazil, are facing a recent run of poor form that includes four straight losses in all competitions.

drg has already returned to Brazil and will be replaced by team coach Olavo "⁠chucky⁠" Napoleão until a new player is signed, with the roster currently looking as follows: junera
Ksc, yuurih and art have no reasons to leave FURIA, they are only getting better and better and can get a spot on both EPL and ESL BH! If I'm kakavel I'm going all in xand, YeaH has been pretty average but he is always putting big performances
2018-05-04 01:24
#24
HeatoN |

PierreLouisCostes
I am available teamone. GoldNova3 but play like a pro. Can do same role that TACO does. Entry-die every round and always bottom frag.
2018-05-04 01:14
#2

bedshitter
you better not fucking do that nikom, you can't fucking leave the team just because you're going through rough times
2018-05-04 01:15
4 replies
#78

junera
You should be happy for him, I know this would kill Isurus but he would be part of a great team and would be playing against very good teams, he deserves the best
2018-05-04 01:40
2 replies
#93

bedshitter
yes, but i'd rather see isurus doing shit (like they've been doing lately) instead of just see one argentinian player in an international team. i know isurus can go far, they just need to work out their mistakes
2018-05-04 02:05
1 reply
#118

bambijaegarN^
so he cant leave a dogshit team to pursue whats best for his career? retarded boludo fangay -have a veri bambijaegarN day
2018-05-04 02:43
#62

kLango
I don't think it is worth leaving a team that you already trust and have a well established and organized teamplay. Plus they are qualified for ZOTAC Americas finals and have good chances of qualifying for EPL Finals and Americas Minor. Going to USA was a dream because there you have chances of qualifying for the big tournaments. When you have these chances in Brazil it is much better.. you don't have to leave your family or live 24 hours/day with your teammates in a Gaming House for the whole season, so it is much more comfortable staying in Brazil.
2018-05-04 02:47
#109

junera
FURIA is a great org, they have everything they need like a very good GH, good salaries, their CEO is a great guy, a great coach, recently they got working visas (if I'm not mistaken) and most importantly their team is doing awesome and haven't reached their full potential yet. Great things are coming for FURIA, that's what i can tell you for sure
2018-05-04 03:03
#127

chrlea
tbh if teamone pick one of the sharks or furia player this is pretty much end of the brazilian cs era.Furia is playing wonderful in couple of months and i believe if they not split up they could easily competitive in tier 2-3
2018-05-04 06:29
#137
coldzera |