UCC and GG.BET have joined forces to create a $25,000 tournament for CIS and European teams that will provide a spot at ESL One Cologne.

The tournament, which has an open stage online for European and CIS teams to sign up to starting today, will continue tomorrow with the beginning of the closed portion of the qualifier, will also have an offline LAN final which will take place on June 5-6 at the Cyberspace Arena in Moscow. After the open qualifier, the Main Stage closed qualifier will feature 16 teams, eight from EU and eight from CIS, playing a double elimination group stage. Gambit has been invited directly to the LAN final

The GG.BET Majestic tournament will then move to a Final Stage closed qualifier. Eight teams, four from each of the two regions, will face-off in a single elimination bracket. The LAN final will then feature four teams in a double elimination bracket, from which the champion will emerge with a spot at ESL One Cologne.

Teams invited to the main stage:

Teams invited to the Final stage:

The team list for the LAN Finals currently looks as follows:

grabke
Closed Qualifier maybe ? These teams are still not announced yet. And inviting SS is like playing with fire either they can't make it (Visa issues) or they bomb out early.
2018-05-12 16:41
3 replies
#46
xfl0ud |

andrem34
You cant qualify trough normal qualifier you qualify here or esl has to invite you to the closed qualifier cause open qualifier was last week
2018-05-12 17:14
1 reply
#69

Removekebab13
Yes, and a lot of teams didnt participate there since they prolly knew about this tournament and thought it to be a better chance for them
2018-05-12 17:15
#16

hdjdAkINg
GOGOGOGOGO THE STORM IS COMING
2018-05-14 10:36
Login or register to add your comment to the discussion. 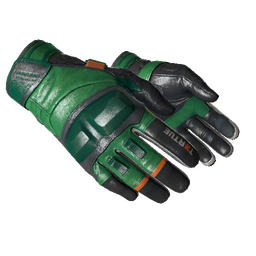