friberg: "I'm happy with our performance here; we have something to build on"

Adam "friberg" Friberg talked about his decision to join Heroic and his debut with the team at ESL Pro League Season 7 Finals in our next interview from Dallas.

Heroic were inches away from the playoffs, taking Natus Vincere to an extremely close series in Group A's upper bracket semi-final, but they fell to the lower bracket in the end and couldn't secure their place in the quarter-finals despite beating Cloud9 on the way, as mousesports stopped them in the lower bracket final. The whole team came to the press area to do interviews, so we took the opportunity to talk to Adam "⁠friberg⁠" Friberg about his decision to join Heroic and their showing at ESL Pro League Season 7 Finals:

Can you first talk me through the past three or four months after OpTic broke up and your decision to join up with Heroic in the end?

After OpTic, I was released from the OpTic contract because I wanted to keep on playing. It was kind of a bad timing because all of the other teams had just shuffled after the Major. I was kind of left out there in a period where teams had their new players, I had it in mind that some teams would change because it didn't work, but it was also a long shot, so I decided just to stream a bit, to keep on playing a little bit, at least, and so forth.

Obviously, I already had it in mind to move to the US and to play there, but when Heroic offered me a spot to be able to be back home, to be home, I thought it would be beneficial for me because I wasn't home a lot with OpTic. I really wanted to just be home, have my life, and just sit and play a lot of CS from home, I think that was the best choice for me.

Also Heroic, they are a team who is in Pro League, for example, they're qualifying and getting some invites to the top tournaments, so I think that was the thing that excited me to play for Heroic. I think Heroic is a really good team, we have a lot of experience in MODDII and RUBINO and myself, and we also have some really good young talents in es3tag and niko, so we have a lot to build on and I think that we build a really good game style where we can utilize both our experience and talent.

From what I've heard, the in-game leadership aspect is between multiple players in the team, how does it work?

Yeah, right now, RUBINO is out due to an illness, as people know, and we have been very puggy on some maps, on some maps we play a bit more strategical. If you had to name one guy, the caller is es3tag.

I think he's been doing great, me and MODDII are helping him out a lot, every player is pitching in every now and again, but es3tag is the caller. Me and MODDII do a lot of mid-round calls or just doing calls from the spawn as well, but I think that we have a very fluent in-game decision making, and honestly, I think it worked really well this tournament. es3tag is making most of the calls

Like you said, you couldn't play with RUBINO here, but cromen seemed to be a really good stand-in, he put up big numbers throughout. Looking back at the tournament, are you happy with what you showed all things considered?

Yeah, for sure, I came into this tournament with hopes of getting to playoffs, that was my goal. I knew it would be hard for sure, but I knew that people are playing very loose and not so strategically right now, so we had the mindset and the gameplan to play a lot together and see how far it could get us.

NRG was a good draw for us in the opening game, it's a team that has been struggling a bit in offline events, so I think we were very confident there. Moving on against Na`Vi, we really lost that game, we picked Cache against them because we knew it was one of their weaker maps, and we beat them on it. They picked Overpass because we had never played it before. After Cache, es3tag sat down and showed me and cromen all the callouts on Overpass, and we almost won it anyway, it was 16-13 in their favor. If we had one or two practices, I think we would have won it, we kind of threw away the game in a way that we didn't have stuff on it, basically.

Moving on to the third map, Mirage, we almost beat them there, we had 15-13 after a great comeback and they won the overtime. After that game, it was really heart-breaking because that would have given us a playoffs spot at least, but we knew if we could keep on playing like we did against Na`Vi, we would play well.

The Cloud9 game, we just kept going, we were confident, we knew that if we'd play as good as we did, or even better, against Na`Vi, Cloud9 wouldn't be a problem. And they weren't, we dispatched of them fairly easily, I'd say, I think they're in a bit of a slump right now, but you can't take anything away from us, either, we actually played really great, we played a lot together. We knew that if we would just revenge-frag each other and outnumber them on the sites that we pushed on T side, it would be a fairly easy game for us, and it was.

The last game against mousesports, it was Cache and Mirage. Cache was a pick that we played well against Na`Vi on and we were confident on it, but I think there were a few rounds there that really screwed us over, where we had like 5-on-3s and they won some really important rounds where they reset our money as well. They had some really crucial rounds in the first half and when we were CT, we just didn't get the game going, we have to be more proactive on the map and we weren't that game, unfortunately.

Mirage is one of their best maps and we lost 14-16, so I still think that we played really well, obviously there was some lack of experience, not being a team for a long time really hurt us in both the Na`Vi game and the mousesports game, but I still feel like I'm happy with our performance here. I feel like we have something good going and something to build on, and I'm excited about the future.

How does the communication work? I know that the languages are similar, but do you still use English when necessary? Is that an issue in any way?

Right now we're actually speaking English. Almost all of us are playing FPL, we're just doing the FPL callouts, except for Overpass, because es3tag was calling and he never played FPL or spoke English on Overpass. But we are speaking English, we mix in some Scandinavian, basically, but the plan is that we are going to speak Danish moving on. I'm learning Danish slowly but steadily, it's not very different, it's just more like getting used to the way they're speaking, because they're speaking a bit unclearly, for me at least. I'm just learning, but we're planning on speaking Danish, yeah.

WhiteGuard
He wasn't the bottom Fragger when he led NiP to a Major win and won the Major MVP ... His classic performances over the years, especially in the first 3-4 years of CSGO, earned him the title of "legend". Don't discredit his career simply because he has been in poor form for the past year in a half.
2018-05-21 01:00
2 replies
#24
SPUNJ |

Stopbanningfornoreason
Expected from friberg to be happy about a group stage exit, He learned to live with this kind of results with NIP in the last 3 years
2018-05-24 20:52
#45
s1mple |

MetalFace
Who would of thought this guy is actually I really good in game leader.... really boggles your mind that NiP kicked him before Xizt instead of just kicking Xizt and trying him as the in game leader. I guess NiP knew it was time when Xizt couldn't post a single 1.00 or higher rating on LAN In 9 months straight, but hey who knows what would of happened.
2018-05-25 03:25
#46 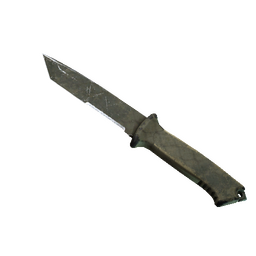