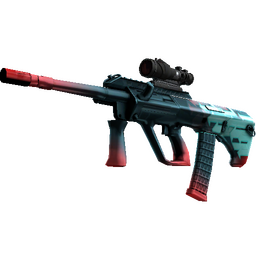 DreamHack Open Austin is just around the corner, so we have prepared a viewer's guide with all the relevant information about this $100,000 competition.

Running from Friday through Sunday at the Austin Convention Center, the DreamHack event will feature eight teams, six invited and two determined by online qualifiers held in Europe and North America.

The tournament will begin with a double-elimination group stage, featuring best-of-three elimination and decider matches, followed by the single-elimination playoffs. Fragsters will open up the action against eUnited

The event will mark Ricardo "⁠Rickeh⁠" Mulholland's debut for Rogue after he was signed to replace Anthony "⁠gMd⁠" Guimond on the roster. Heroic, who will continue to field Jorgen "⁠cromen⁠" Robertsen as a stand-in, are the highest-ranked team in attendance (17th), followed by Space Soldiers (18th) and the new OpTic line-up (22nd).

DreamHack has announced some slight changes to the schedule for the first day of the tournament after a few teams experienced travel delays. The full schedule for the event looks as follows:

For this event, DreamHack has hired a seven-man broadcast team that includes Mark "Boq" Wilson as host, Tomi "⁠lurppis⁠" Kovanen and James "⁠hazed⁠" Cobb as analysts, and Mohan "⁠launders⁠" Govindasamy as one of the four commentators.

The complete on-air team for DreamHack Austin is the following:

The $100,000 prize fund will be distributed in the following way: Engin 'ngiN' Kor
Time is adjusted to your selected timezone