Na`Vi superstar Oleksandr "⁠s1mple⁠" Kostyliev is the winner of the StarSeries i-League Season 5 Most Valuable Player (MVP) award by HLTV.org and betway.

The Ukrainian prodigy capped off a phenomenal tournament with a team-leading 1.47 rating in the final against NRG to help Natus Vincere to cruise to a 2-0 victory and win their first title of the year. With that performance, s1mple pushed his event rating to 1.40, his next closest teammate being Denis "⁠electroNic⁠" Sharipov at 1.19.

This is the fifth MVP award of s1mple's career, the third since the start of the year, after he scooped the honour at the previous StarSeries event and at DreamHack Masters Marseille - two events where Natus Vincere were defeated in the final.

MOTiV8
I dont want to exaggerate but he already has it. It would take the biggest miracle for him not ending up there, like being injured the rest of the year (god beware) and even then someone has to step up massively lol
2018-06-03 23:03
#108
autist |

mrmojo
What a beast this guy is just on another level atm, but his team is still lacking right now. They will need to up their game to have a chance against the likes of astralis or winning tournaments consistently.
2018-06-04 16:24
#195 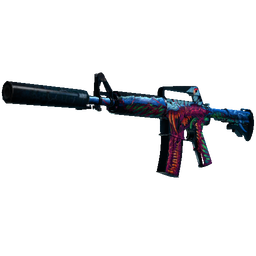