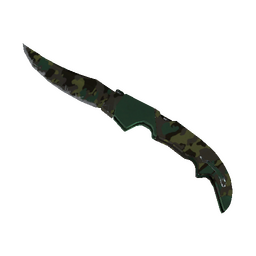 Swole Patrol and Bravado are the first teams confirmed for the closed qualifier for the Americas Minor after finishing top two in the first open qualifier.

Over 100 teams from all over North America took part in the first of four open qualifiers for the next Americas Minor, each of them with two spots in the closed stage up for grabs.

The open qualifier went almost according to script, with the most notable participants all reaching the latter stages. The new Dignitas team, featuring Ronnie "⁠ryx⁠" Bylicki and Peter "⁠ptr⁠" Gurney, were the first big name to fall after losing to Bravado in the quarter-final stage. Swole Patrol will play the closed qualifier for the Minor

The South African side went on to face Gorilla Gang in the semi-finals, with Ryan "⁠ryann⁠" Welsh's team taking the lead in the series with a 16-8 victory on Inferno. Johnny "⁠JT⁠" Theodosiou led the charge on the second map to power Bravado through to find an equaliser before Aran "⁠Sonic⁠" Groesbeek put in a world-class display on Mirage, where the African side simply ran over the North Americans.

From the other half of the bracket came Swole Patrol and iNTACT, fresh off 2-0 victories over Whatever It Takes and Geostorm, respectively. Despite a spirited performance from Alan "⁠Shakezullah⁠" Hardeman, who dropped a 30 bomb on Nuke after also topping the scoreboard for his team on Overpass, Ryan "⁠freakazoid⁠" Abadir's side were able to run out 2-0 victors and book a spot in the closed stage.

The closed qualifier for the Americas Minor will run from June 22-24, with the eight teams coming out of the open qualifiers joining eight invited sides. The top six teams from the qualifier will earn spots at the Americas Minor, joining the leading teams of the South American qualifying process, Não Tem Como and FURIA.