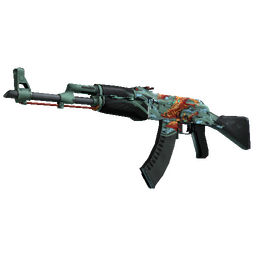 device: "I'm improving and my health issue is getting better"

After Astralis' decisive victory at the ECS Season 5 Finals, we sat down with the HLTV.org and betway MVP Nicolai "⁠device⁠" Reedtz to discuss his team's current dominating form.

The Danish No.1 team only lost a single map throughout both the online season and the LAN finals of the $660,000 event, and took down Cloud9, FaZe and Liquid to claim the title.

Astralis came into the event after taking a break and skipping StarSeries i-League Season 5, just like they won't be going to ESL Belo Horizonte next week. This is the sixth time the 22-year-old AWPer has received the MVP medal. We caught up with him after the grand final:

First off, congratulations on the win and the MVP title. This is actually the second time we named you MVP at ECS, the last time was Season 2, which you also won. How do you feel about all of it?

In all honesty, it was quite a short event for us since it was only six maps in total. We had great preparations because we didn't go to StarSeries and we felt going into this tournament, but I don't think we performed our best. We got off to slow starts in many of the matches and I think the other teams got better throughout.

You're saying you didn't play as well as you can. What could be an example of something that was sub-par?

I think our utility usage has been really great in practice on all maps, but the overall flow of the game and our comms when we started struggling in games kind of fell off. That happens to everyone, but usually, we're better at getting back in the zone. We fell into a bit of a hole and I think that our team play and communication could have been better, as well as our individual plays.

So you're saying that you didn't actually play that well. I just talked briefly with Magisk who said the same thing, both him individually and the team as a whole. You still won though, so what does that say about the team and your position in the scene right now, that you can play badly and still win?

I think the scene is a bit shaky right now. We have FaZe, who are obviously missing olofmeister, which is a huge loss for both them and the scene. He's a huge personality and player and I really hope he comes back sometime soon. There is just so much going on in teams that make things unstable. But I think a team like Liquid should get a lot of credit because they've been going to every tournament and improving. You have ESL Cologne coming up next and then obviously, there's the Minors and Majors in the pipeline. Do you think this level of play from you will be enough to win those two events?

We're definitely gonna work on our individual play. We haven't had many hours on Steam because FPL wasn't going on last week while StarSeries was going on, and we took a longer break after Dallas, so we're gonna practice our individual skill and practice, keeping our flow constant and train more consistently.

That break came because you opted out of StarSeries. I talked to zonic yesterday, who said that it was obviously deliberate, just like the decision not to go to ESL Belo Horizonte next week. That especially has to do with you because of your condition. What's that like, having a team and organisation that acts like that?

I think it's a must. I'm so extremely lucky to have zonic as a coach and also RFRSH and Astralis behind me, who support me fully, just like the entire team does. So, I wouldn't be able to compete at a top level if that wasn't the case, and I owe a lot to them. I feel like I'm improving and that my situation is getting better, so I think at some point we might be able to test out going to an increased amount of events in the future. But for now, we'll keep on doing what we're doing right now.

Belo Horizonte is coming up soon, which is an Intel event. So that's a chance to get closer to the Grand Slam that you're going to be missing out on. Aren't you a little bummed out about that?

I don't really play for the money. I play for being the best team in the world and staying on top, hopefully. It's sad in some way, and obviously, the team has a goal to win the Grand Slam as the first team because that would send the signal that we're really the top team. But yeah, I think it's still a better decision to skip the event, and I have no regrets regarding that.

Is this the Astralis Era?

It's hard to say. We're playing really well and keeping our composure, more than we did with Kjaerbye. It's not really up to me or the team to state whether we're in our era, but I think we have to win at least a few more events and possibly the Major, which is obviously the biggest goal. If we keep playing this well, we could potentially win both in Cologne and Stockholm and still go for the Grand Slam.

So, my last question is this: Do you think that Astralis players will have more MVP medals combined than s1mple when we reach the end of 2018?

That's a hard one (laughs). I think s1mple is just, undeniably, the best player in the world. I can study a lot of players and learn from them, like FalleN, GuardiaN, and so on, and take something from their game and implement it in my own. But when I look at s1mple demos, it's really hard because sometimes, he can be in the worst situations and still get like a 4k. I think he's just really impressive and I'm just lucky to be playing at the same time as him.

But if you had to guess, who would have the most medals?

I think that we'll get more. But it depends, I've heard some rumours about s1mple in FaZe but I don't know. If that happens, it would be a really sick team.

ProtectedByHeaven
Listen Device fanboys, even him admits that s1mple is way beyond his level so stop with the asskissing and accept s1mple as the true number one player.
2018-06-11 01:13
8 replies
#34

Absolomon
S1mple is a better player. But device is very good at playing into the astralis system. That's why a little asskissing is okay sometimes
2018-06-11 05:22
1 reply
#70

stm305
idk, when thorin did that reflections video with Guardian just after he joined FaZe he asked him about his relationship with s1mple and he said they don't mind each other now, he's even played some PUGS with him. Obviously they've buried the hatchet
2018-06-11 01:47
5 replies
#31

bombmeister
they dont care about each other, because they are not teammates, so they can be friends for example on FPL game or pubg, etc...but navi had a lot issues because this duo and s1mple was one of the reasons why guardian left them
2018-06-11 01:51
4 replies
#32

bfish8
s1mple has matured a lot over the last two years in Navi. Through the loss of guardian and zeus, to the loss of seized and re-addition of zeus, all the poor tournament results. You no longer see s1mple slamming his keyboard or table every time he loses something, he has calmed down quite a bit. I do think zeus plays a key part in this and it's hard to see s1mple leaving the team after their recent results and the addition of electronic, who he has wanted to play with for over a year. I think this new found maturity and humility also leads to the potential of guardian and s1mple playing together again though, making Faze a possibility. Both players have had huge ups and huge downs since Guardian went to FaZe. I think he'd welcome the addition in the end because s1mple on FaZe means top team in the world hands down. guardian, rain, karrigan, s1mple, niko - shiiiiit
2018-06-11 03:12
1 reply
#45

ToTheStarsEZ
FaZe's environment seems 1000 times better than the 2016-2017 Na`Vi. That Na`Vi wasn't even a team, it was 5 players with no real IGL, with no leader and no team structure. The environment was toxic, it seemed. Even GuardiaN said in an interview that everyone was raging in some match, in-game. I'm sure s1mple and GuardiaN would get along well in a much more different environment in FaZe.
2018-06-11 03:45
#23
Brollan |

low_quality_baits
he got aids from emilia hult, then hult got bettererers w/ medical treats and devve fked her now she preggo and device getting rid of aids too
2018-06-11 08:05
1 reply
#96

MARK0N1
Why? Its true tho,when they were loosing he was complaining about health ,then he wins and says his health situation is getting better,when they lose it would be still the same thing,i don't know how can be someone sick for months now? What kinda sickness last that long lol
2018-06-12 02:21
1 reply
#117

JonathanEisnigger
I never said it wasn't true. All i said was how annoying your grammar was. And also there are lots of sicknesses that could last over years dude. Not sure which stomach issues he has, but i know it isn't fun to have stomach issues.
2018-06-12 10:53
#84

brieN
anyone else notice that as device got better olof disappeared and before astralis won ECS olof was about to come back then didn't and device goes on to be MVP? device must be siphoning olof's powers, i knew it was no coincidence!
2018-06-13 02:03
#121
zonic |

KrynexCS
I hope that device will indeed improve, he does not deserve such an illness. All the best!
2018-06-13 18:41
Login or register to add your comment to the discussion. 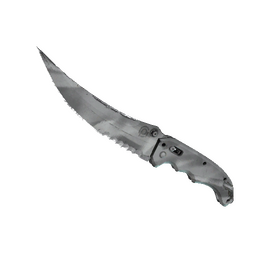