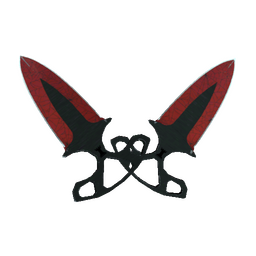 flamie: "Our main goals are ELEAGUE and the Major because we had a lack of preparation for this event"

We caught up with Egor "⁠flamie⁠" Vasilyev after Natus Vincere eliminated Gambit from the event, grabbing their first victory in Cologne.

Natus Vincere are attending ESL One Cologne after winning the last two events they played, StarSeries i-League Season 5 and CS:GO Asia Championships. However, a higher level of competition is between them and the trophy in Germany. The Ukranian-Russian team already suffered their first defeat, dropping 16-14 to G2 after a big lead early on, but recovered by beating Gambit 2-0. At the end of the first day in Cologne, we spoke with flamie about the CS:GO Asia Championships, their practice issues and games in Cologne so far.

I want to start with going to China for the CS:GO Asia Championships. In general, what was the experience like, going to China to play a tournament, interacting with fans and all that stuff?

We had a choice between ESL One in Brazil and China and we decided with the team that we want to go to China, not Brazil, because of the 24-hour flights, we didn't have good rest and the teams are a bit weaker in China so we can rest and play. When we got to China we didn't expect that the experience would be that good for us, everything was really good like at ESL tournaments or any other tournament, they did everything perfectly. For them, it means a lot that a team like us came to their tournaments, they were very happy about it, and we were very happy about it as well because they did some good work.

For the tournament, we said to ourselves that we need to win it because it's not the biggest event in CS right now, not like this one with all the good teams, but we didn't have good preparation and we sad that we need to prepare during the tournament. We played better and better from match to match and we won it. We were happy with the experience, it was really good, and I hope that next time, more top teams will come to China and experience it.

What did you do between that tournament and this one?

First, we were planning a bootcamp for this tournament but then we said that we were maybe tired because of playing so many events and we didn't do a bootcamp, we practiced only online, but suddenly we had some internet problems and the preparation was not that good. As I said in the first question, we also said that we need to practice from game to game here. We will see how our preparation right now is compared to other teams. I think we did a lot of work on our bad maps, but we need to check our good maps as well and see how we play them.

I think we did a lot of work on our bad maps, but we need to check our good maps as well and see how we play them
Egor "⁠flamie⁠" Vasilyev

From what I remember from Twitter, there was that thing that you played with hooch in some practices. What was that like, how long did it last?

One day, Edward's electricity was gone and he said he would come back at four, when the practice starts, but the electricity still didn't work so he couldn't. We asked hooch to play because we need to practice, and he replaced Edward's roles. That was one day, and the next day, my internet was gone for the whole day. I was trying to fix it, but only fixed it at 8 PM and we already finished practice. Again, we asked hooch to play, now for my roles. It was two days, the rest we played like a normal team with our normal lineup.

After StarSeries S5 I talked to s1mple and he said that he was happy about winning the event, but at the same time, you need to win events where FaZe and Astralis—all the top teams—are present. Does the rest of the team feel like that as well?

Yeah, definitely. But you know, when you win a tournament, at least it is a good experience winning in the final. For us, it means a lot because we usually choke in the final, but right now we won two finals in the row. Even if the teams weren't so good, like Astralis and FaZe, of course it means a lot, because with our old lineup, for example, we lost finals to almost all teams, not only the best ones. I think StarSeries was a good experience for us, but of course, we want to win tournaments like this or ELEAGUE or the Major. Our main goals right now are ELEAGUE and the Major because we had a bit of a lack of preparation for this event, but of course, we will try to do our best.

I'll ask you a bit about the two maps you played here, starting with G2. You had a good lead in the first half and then the CT side on Inferno just didn't really work out. What was the issue?

For me, it was a bit of a déjà vu to when we played G2 in ELEAGUE the last time, or maybe two ELEAGUEs ago. We were leading 10-0 on the T side and then we lost 16-14, so it was the same game, but this game started well for us, the T side was good, but CT we lost the pistol, won the first buy but then lost another round, so we had a really bad economy. And on ecos they didn't die so they had really good economy and it was really hard for us to break it and win the game. But of course, we have to play better in matches like this because when you lose one BO1 here you are already in the lower bracket and now we have to win three BO3s to pass the group stage.

I don't know what's going on with Gambit right now, it's kind of strange to see such good players with such bad results
Egor "⁠flamie⁠" Vasilyev

The second match was against Gambit, I don't know what's going on with them right now, it's kind of strange to see such good players with such bad results. We had two hours to prepare so we came to our room, decided which maps we were going to play, we came here and won, it wasn't that hard. But I hope they will come back to be a top5 team, because they are good friends and they are really good players. They just need to maybe believe in themselves more.

ihack420
U must have never played at a high level its not just about practicing the maps you have to account for certain teams play style new meta's ect like say u play gambit then you play mouz they have 2 diff play styles so u have to run diff stuff theres alot more then you would think.
2018-07-04 04:08
#10

7RU7H
its your fucking job to prepare for events HOW IN THE FUCKING WORLD can you lack of preparation ??? wtf are you guys doing during days/weeks ??? damn stupid Eastern Europe braindeads... thats why they will never be strong countries... their mentality is so weak... you will forever be western slaves idiot white slaves xD
2018-07-03 22:25
4 replies
#22

Stanky2gay
It reminds me of a few weeks ago at that tournament in china where VP did decently and pasha said in an interview "I feel I am improving again because I have started watching demos again lately" Motherfucker you get paid 25k a month and you weren't watching demos at all? Honestly I feel that there will be an Astralis era simply for the fact that they seem to be the only team who practices consistently, it's fucking embarrassing to see the lack of dedication of a lot of the scene sitting back on cushy paychecks.
2018-07-03 23:48
1 reply
#30

szakazz
They cant sit on bootcamp for years straight, they need to rest too, if you would have schedule like them - u would understand And they had 2 days of internet problems
2018-07-03 22:43
1 reply
#36

ihack420
these newfgs have no idea what they are talking abou they have never played high level cs and dont understand how much work is involved. When you are constantly going from tourney to tourney its not as easy as most people think you do have to have free time and not burn urself out.
2018-07-04 04:13
#18
s1mple |