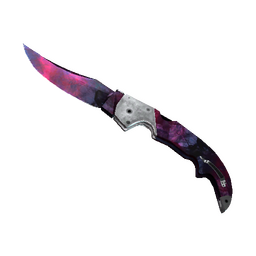 We caught up with Dominik "⁠GruBy⁠" Swiderski after AGO defeated Giants in the Group A elimination match to talk about his team's recent results and how they will face the remaining part of the year.

AGO kicked off DreamHack Open Valencia with a loss to Heroic on the first day of competition, but took Giants out, 2-0, to stay alive. Now, they will have to fight the loser of Heroic and North in a BO3 for a spot in the tournament's playoffs. GruBy & co. have been focusing on their individual skill as of late

GruBy gave us some insights into the struggles AGO is going through lately, trying to gain as much experience as possible, how playing so much on LAN hurt them in the Minor qualifiers, and some of the team's plans regarding the future.

Did you prepare anything particular before the event or did you just kind of come to see what happens?

After we failed to qualify for the Minor we had the feeling that our individual skills are very low, so during the past week we've been focusing more on individual play, playing FPL and PPL (Polish Pro League) and we tried to get our individual form again.

I heard TOAO say you guys are struggling a bit now, why do you think that is? What's keeping stuck?

Every team has up and downs, and the past few weeks have been a bad period for us, but it happens when you play as a team for a long time. We believe that we can bounce back from this crisis and become stronger. Also, we've been traveling a lot during the last few months and we got used to playing on LAN, which hurt us during the online qualifiers because we hadn't been playing much online.

When the team started, you progressed really quickly. You came out of nowhere and went really high, but the past few months it seems you plateaued around the Top 20, a bit outside of Top 10. What do you think you need to make the next jump?

It's not easy to say. One factor is experience, we had a lack of experience playing on stage, playing big LANs, so one goal was to get as much experience as possible, to travel to as many LANs as possible. We've been to like ten or eleven this year. The second factor is the skill, individual skill and team skill.

We had a lack of experience playing on stage, playing big LANs, so one goal was to get as much experience as possible, to travel to as many LANs as possible.
Dominik "⁠GruBy⁠" Swiderski

This is a kind of similar question, but instead of being focused around the ranking, it's more about your showing at tournaments. We saw you make playoffs at bigger events, but at smaller events like the DreamHack Opens you haven't been able to quite make it as far as maybe you should. Why do you think that is?

A lot of it has to do with mental preparation, it's much easier to play when you're the underdog, the dark horse of a tournament. It's easier to play Tier 1 teams when you know you don't have to win. If we go to tournaments with smaller teams and have this feeling that we must prove ourselves, prove our skills, and that we must win, it's a big problem to handle.

Yes, the pressure. That's why we're working on getting more experience, to avoid these kinds of situations in the future, during the next half of the year.

To close out the interview, we talked a bit about your performances in tournaments and on the rankings, but are there any goals the team has? Be it to play specific tournaments or just on how to improve the team?

That's a hard question because we wanted to play the Minor and Major and now our plans for the next few months have been ruined. Now, we'll work on improving our game style and try to attack the Top 10 positions during the second half of the year, starting with the big tournaments in October and November. We have ESL Pro League on our schedule, as well.

We're just going to try our best to win each game. We just want to win. memento_1
improving individual skill youre playing cs for a decade. how about realizing that you hit your skill ceilingsand be happy with top 20. not everyone is born to be niko/simple.
2018-07-13 18:52
#33