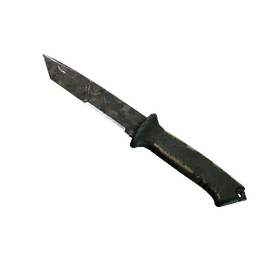 The 21-year-old had been on the lookout for a new team to represent since he and Vinicios "⁠PKL⁠" Coelho were shown the exit door by Luminosity as the North American organisation signed twin brothers Henrique "⁠HEN1⁠" Teles and Lucas "⁠LUCAS1⁠" Teles.

He will be joined in this new adventure by other well-known players in the Brazilian scene, including his former Rampage Killers teammate Thiago "⁠tifa⁠" França and ex-Tempo Storm player Denis "⁠dzt⁠" Fischer. This is the second CS:GO team currently supported by the famous Brazilian football club, who also have in their ranks an all-female squad competing in the Brasil Game Cup.

"I believe everyone in the team, and I think we have a lot of potential," SHOOWTiME said in a statement.

"We only depend on ourselves, with hard work and dedication we will make it! Our goal is always to win, to compete in every possible tournament and win them.

"We know this will not always be possible, but we will fight for it."

Santos, who will compete in the recently-announced GG.BET Summer, a $10,000 online tournament featuring some of the best teams in Brazil, have the following roster: minixeta
This team is not aiming to be a strong international team, just a local powerhouse, and all those players are strong local players.
2018-08-10 21:43
#105

six3rz
does all the monkeys have to bring vp into discussion? not even a single word in that news is about vp, its about couple of no names making a squad which never achieve anything. but monkey have to bring vp to that lelz
2018-08-11 11:34
#71

free_smooya_ffs
nice the football team can't even escape relegation properly with a huge debt and now they're investing on e-sports being a santos supporter is hard
2018-08-10 21:58
#81
Frankie |