Imperial have been invited to compete at Games Clash Masters, the event's organisers have announced.

The Lithuanian side are the fourth and final invitee for the tournament, joining HellRaisers, Heroic and Red Reserve, who were all previously invited.

Currently ranked 25th in the world, Imperial made headlines at the start of the month, when they replaced Kevin "⁠kRYSTAL⁠" Amend and Jesper "⁠TENZKI⁠" Plougmann with Ali "⁠hAdji⁠" Haïnouss and Eimantas "⁠pounh⁠" Lazickas. This will be the second of three international events that are coming up for Imperial, who will also attend DreamHack Open Montreal, from September 7-9, and StarSeries i-League Season 6, from October 7-14.

Games Clash Masters will take place from September 28-30 in Gdynia, Poland, where eight teams will duke it out for $90,000 in prize money.

AGO, Kinguin and Sprout have all earned spots at the event via closed qualifiers. The last qualifier, scheduled for this weekend, will see x-kom, Izako Boars, PACT and PRIDE Academy vie for the final spot in the main tournament. xdcc
no, but ence is not better than optic and all of their results are online. yet you call imperial onliners who's results are all on lan. ??? beating a team occasionally means shit if you're inconsistent on lan. that's the definition of onliner buddy
2018-08-23 11:39
14 replies
#56

xdcc
yes, and all of their results are from online hence me calling them onliners. thats like going back to your arguments with mousesports. imperial didn't play them yet. also not my first acc so no need to be so upset.
2018-08-23 11:51
#64

ghostan11
i am saying that ence has better peak than imperial cuz of their major run , esl one cologne run and will prob qualify to iem chicago. Rn imperial are worse based on current form
2018-08-23 23:46
1 reply
#75

Kobel_
True. And I don't really understand why DH Montreal is considered "major" (hltv coverage-wise, like place in upcoming events calendar on the left side of page) just because it has $10k higher prize pool than this one. Which is funny, cause Games Clash put another $10k prize to qualifiers.
2018-08-23 14:32
#37 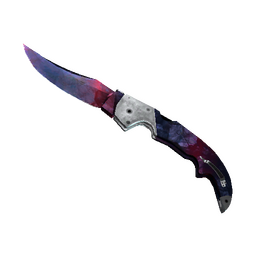