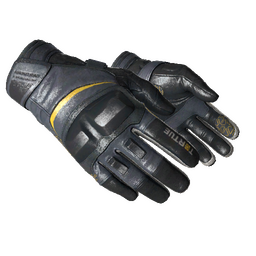 AcilioN: "Losing niko has been tough [...], but we made a good choice with signing mertz"

Our next interview from DreamHack Masters Stockholm is with Asger "⁠AcilioN⁠" Larsen, whose Heroic advanced to the quarter-finals after eliminating fnatic and OpTic.

Heroic have surprised many in Stockholm, as they started off the tournament with a narrow encounter with FaZe in which they couldn't close out a 14-6 lead, and went on to eliminate fnatic and OpTic to secure a spot in the playoffs from Group C. AcilioN & co. sent home fnatic and OpTic on the way to playoffs

After their latest match, in-game leader AcilioN talked to us about switch from Nikolaj "⁠niko⁠" Kristensen to Daniel "⁠mertz⁠" Mertz and Heroic's success at the $250,000 tournament.

How much have you been able to prepare and how confident were you going into the tournament after the long break, particularly after you changed players?

We just played a lot, we are three guys who go to the office every day, so we are trying to set up a normal job day, if you can say that, and that has also really helped with the productivity and stuff like that. I think the preparation has been good.

We know Astralis to have a similar approach, is that something that is coming from your organization specifically?

RFRSH doesn't tell us to go to the office every day, but they want us there, they want us to be there every day. To be honest, I think it's really nice, and I also think it's good that they don't enforce players to come there. For example, we have friberg who lives in Sweden with his girlfirend and MODDII lives far away in Denmark, so if they would have to come every day, it would be a struggle. I think it's good they don't enforce it because then there can be a lot of problems with people having to move away from friends and family.

How have you dealt with the change from niko to mertz and how has that changed the dynamic of the team, especially around the AWPing role?

The transition wasn't that hard, es3tag is a really good AWPer and a lot of players underestimate him, but having mertz is really good because es3tag is also good at taking map control and playing the rifle. Now that we have mertz as the main AWP, we can also have a double AWP with es3tag, so that has really helped us out a lot.

Of course, losing niko has been tough because he's a really good player and he's basically the whole package, he has it all. Of course it's tough to lose a player like that, but I think we made a good choice with signing mertz and getting es3tag back on the rifle.

Let's talk about your matches, and we have to start with the FaZe match, where you weren't able to close out a 14-6 lead on Mirage. What went wrong there?

I don't know if it was nerves, but I think when we got that big of a lead we were getting ahead of ourselves. We weren't playing calm, we were stressed and really wanted to win. But I also think that we made a lot of individual mistakes, I think we lost three 1on1s or something like that, so I think it was a little bit of everything, playing bad individually and the fact that we were getting into our own heads.

Against OpTic, what do you think were the keys to winning Nuke and your run on the T side?

We started off with losing the pistol and we won the second forcebuy. That really pushed our momentum, we are a team that screams a lot when we are winning, so it always helps us when we win a crazy round with only Deagles, for example.

But then we went into the T side, they won the pistol and we were trying some stuff out that we haven't really done before because we were trying to counter how they are playing and I think that messed it up in the start and we fell behind. But then we just went back to the basics, we did one of our tactics that almost always works and we slowly went into it, playing our own game, communicating well, playing the clutch situations as we should do.

On Train, the CT side was very convincing, but you had problems getting into the T side until you won two halfbuy/forcebuy rounds, was that a big relief?

Yeah, they really figured out our T side. I don't think I was calling very well on the T side, I'm going to go back and look at the demo and try to see what I can do better. But they played really well at countering our executes, every time we did an execute they would put out a smoke or a molly and we couldn't go, so I need to go home and figure that out.

But yeah, the forcebuy rounds, basically I told the team that we were going to buy some Deagles and we were going to use the round to talk about what we are going to do next. And then I'm in white halls with MODDII and suddenly friberg killed one with a Deagle, and I thought we could actually win that round and started to call while friberg kept going, that was f**king insane, two rounds in a row, I thought 'he really wants to face NiP in the playoffs' (laughs).

There was especially one round that could baffle people, where you pushed the lower ramp through a smoke with three people and got destroyed, was that forced because of the utility usage from OpTic?

Without saying what we do in the tactic, they basically just had a good timing on the smoke, we only had 40 seconds left, it was either that we try and hope that they aren't watching the smoke or we go outside and get destroyed anyways. We just took a gamble and it didn't work out, and that's also one of the things I have to go home and look at because it wasn't a good call, that's for sure.

What do you think about the NiP matchup in the quarter-finals tomorrow?

I'm really excited, honestly. I don't think we can't beat them, I think they are really beatable. We have practiced against them a little bit and it has been back and forth, but I'm confident, let's just leave it at that.

Delusional_bug_Fan
North logic: Let's get up and coming talent and then cut them from the team just when they start getting good.
2018-09-01 08:54
Login or register to add your comment to the discussion.