We sat down with Andrey "⁠B1ad3⁠" Gorodenskiy in London to ask him about his approach to coaching Gambit, his first events with the team, and his thoughts on their chances in the New Challengers stage.

Gambit have attended two events since adding B1ad3, placing third-fourth at IEM Shanghai and going out in last place at DreamHack Masters Stockholm. The new coach of the team talked to us about going back to the coaching role for the first time since DreamHack Winter 2014, his first month with the squad and their struggles, as well as their chances here in London.

After your joined Gambit, what approach did you take and what kind of impact have you had on the team's play?

First, we just started to practice and I wanted to see how the team reacts to different situations in the game and I wanted to find the weak spots and also to find strong spots. I realized that the team needs a change to become a more stable tier one team, that if they want to become a stable tier one team, they need to add some more complex stuff, not to just play on aim or skill, to have more fundamentals and more complex tactics. For example, how they should react to weak spots of the opponent. Basically, they have a lot of skill, but they don't have a lot of strategical knowledge.

I knew that the change couldn't be immediate, they needed a more gradual change, we wanted to add some stuff, but I realized that it can't be done in one or two events. So, at this moment, I can see that we just need to add different things one by one and they will adapt to it from one event to another. And from event to event they will become better and better.

How was it for you, coming back to the coaching role after you last tried it four years ago at DreamHack Winter?

Actually, it's nothing special for me because in FlipSid3 I was basically a playing coach. I was trying to control the evolving process of each player and I was trying to guide them to show them the proper direction to progress. At this point in Gambit, I don't see any complex problem that I'm afraid of, so for me, it's like a daily routine, I see this problem and I tell the guys what to do.

Nothing special, I'm just trying to find out how to make changes more quickly and not to miss any big issues which can show up later. The main problem is not to miss these deeper things, in a playstyle of a player, for example, some players can't do some specific things in the game, it's not comfortable for them. So if I miss some of these details, then the whole structure and the whole mechanism can fall apart.

Do you find it easier doing that from behind the team instead of while playing?

Of course, it's much easier. You can see it from a completely different perspective and you have more time to analyze everything because you can see all five monitors. You see the problem at the exact moment it happens, but when you're playing, you can't see all monitors, only when you die. You rely on information from your teammates.

Usually, I did analysis after the match and I saw like 'oh, we should have done it like this because I didn't see this player was playing like this'. So it's much easier, but of course it's different than in-game leading because that demands much more energy and much more focus on the game.

Honestly, at my age, it's possible to be an in-game leader, but you should have very skilled players, for example electronic and s1mple, with whom you can do a default and mid-round you can make a call, it's easy. But if you take young players, inexperienced players, it's much harder because you need to focus on a lot of stuff, a lot of mistakes, they usually don't know what to do and you see that they're not on the same page with the team. You always get distracted and because of that you can't focus on your own game.

Nowadays, I think all five players must do damage. In my situation, it'll be hard to do significant damage to the opponent and the team will suffer as a whole eventually. So, in my opinion, the perfect scenario is when all five players will deal at least decent damage. I'm pretty sure that in the future, teams will become stronger by adding more and more skilled players, they will become much more skill-based.

Before you joined, Gambit were switching the in-game leadership role around a lot. Do you give a lot of input? How does in-game leading work in the team now?

It's not so easy, we still have not found a perfect in-game leader, this team lacks a really good in-game leader. But, as I said before, it's really hard to be that kind of an impactful in-game leader like gla1ve, for example. But how I see this, it looks like Astralis are always on the same page, it looks like they always discuss different situations, and that's why it looks like it's easy, he has a lot of time to play individually.

Now, in-game, we're trying to do like the perfect default where players know their zones which they control, they have their small duties that are really important, and, at the same time, they know how far they have their freedom. They have things they need to do and if they want to improvise and see a gap in the defense, they can use it. So we are trying to adapt this at this point while we don't have a perfect in-game leader because otherwise it's impossible to have all five on the same page.

Things haven't been going well, you finished top four in Shanghai and went out in last place in Stockholm, what do you think is the reason?

One of the reasons is that, in my opinion, the team has some internal problems. Some things that bother them inside the game and outside of the game. It is a problem that happened even before my addition. We're trying to fix these personal issues. Either we'll fix them or the team will have to move on and to do make some changes, in my opinion.

Tell me about this stage of the Major, how confident are you in your ability to advance to the next stage?

From what I've seen, this team is really good skill-wise. They are really skilled players, and if they find their own comfortable wave at this tournament like they did in Krakow, they can beat a lot of teams. We practiced against a lot of strong teams and it usually depends on their mood, and if they catch the wave, they can beat any team.

It all depends on how we'll start and how we'll face the stressful situations and how we'll face our problems. I think that is the main problem, how they will react mentally to all this stuff because they're all experienced, skilled players, and the only problem that could happen is the mental aspect.

OneBinG_
+1 If Gambit didnt sign Mir I’d have suggested ending his trial to bring in ANGE1 as he’s stood in before and performed well with the other 4 members - he also played with dosia and co back in old HR so he could potentially bring them back to form. That being said, I think that mir has a higher potential than dosia and will be better under ANGE1 than dosia
2018-09-05 16:42
#46

poly_scotland
He was utilised really well in Vega's playstyle, gambit seem to not have a system of any kind. It's clear from this interview alone that a dedicated caller is needed.
2018-09-08 17:37
#68
s1mple |

poly_scotland
I notice two key points are acknowledged: They lack a proper ingame leader They have the skill to beat a lot of teams if they find their comfort zone "like in Krakow" In Krakow they had a proper ingame leader!
2018-09-08 17:36
Login or register to add your comment to the discussion. 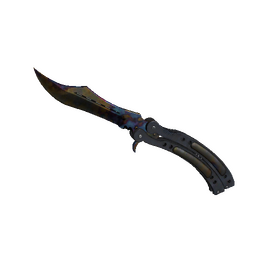