Liquid had a successful first day at the FACEIT Major New Challengers Stage, beating OpTic, after which we spoke to their young star Russel "⁠Twistzz⁠" Van Dulken.

The North American squad had an explosive start to the event, dominating OpTic on Mirage, 16-4. Nick "⁠nitr0⁠" Cannella and co. had no issues dismantling the talented Danish side, putting up a clinic on the CT side before closing the map out as Terrorists.

Liquid is brimming with confidence after a successful bootcamp

Following the game, we spoke to Twistzz about their bootcamp, regaining their confidence, and his personal feelings about attending a Major in full force.

I'll start with you guys skipping two events before the Major to focus on this, have a bootcamp. Tell me how you felt at the bootcamp and how did it go?

At the bootcamp we played over 70 scrims I think, and our win rate was 75%. We added everything at the end, did everything that we wanted, and it was well worth it, skipping the two events. Looking back, I think ZOTAC seemed like such an easy event, but we decided to skip that the second we bombed out of Cologne. Originally, ZOTAC was going to be a confidence booster before going into this tournament, and, well, we lost all of our confidence [in Cologne] (laughs). So we decided to sit down and practice.

Do you feel like that confidence is built back now

Definitely, over the bootcamp, it was just building. Even the first couple of days back, it felt so natural for us to play together again, so its good.

You mentioned ZOTAC, but there was also DreamHack Masters Stockholm that North won. So seeing that, and a bunch of teams not being in form at that event, is there a bit of sadness, maybe, that you didn't play the event to potentially get a premier tournament win that you guys are missing at the moment?

No, I think if we attended DreamHack we would've been in the position like other teams, where they prioritized going to prestigious events rather than practicing. It was a cool event to watch, the same as ZOTAC, seeing Ghost upset teams, that was nice to watch, but we knew that bootcamping was the way better option.

Talking about putting the Major first, the last one you played was with zews, when you had the roster lock issue, and before that, you played the Major Qualifier and couldn't go through, both sad situations for you. This is the Major Qualifier still, but are you pretty hyped for this event, with you guys coming in pretty confident, practicing well and all that?

Yes, a 100%. Personally, this feels like the first Major for me, since having to play with your coach - even though we qualified for the actual Major -, it doesn't feel the same. It feels right this time around.

A couple of analyst and figures in the scene picked you guys as their favorites to win the Major actually, so what are your thoughts on that, how do you feel about it?

Well, it's just their opinions. I don't really care who picks us and who doesn't pick us.

You don't think it adds any pressure? 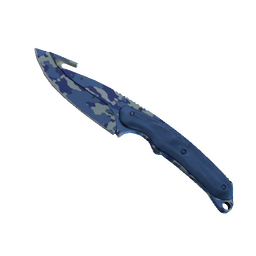