With the first event after the FACEIT Major set to start tomorrow, we've gathered all the information you need regarding the New York tournament.

Taking place in the Barclays Center in the borough of Brooklyn, ESL One New York will run from September 26-30, where eight teams will fight for a part of the $250,000 prize pool and a chance to take an Intel Grand Slam win.

The event features two GSL-style double-elimination groups, where the top two teams from each group will advance to the single-elimination bracket playoffs. All matches played in New York will be best-of-three with the exception of the grand final, which will be a best-of-five. As part of the Intel Grand Slam, which promises a $1,000,000 bonus for any team to win four out of ten consecutive Grand Slam events, the teams will give it their all to get closer to the big prize.

FaZe is the only participating squad currently sitting at two wins, as the European superteam missed their chance to take home the full prize at DreamHack Masters Stockholm, after which their win at last year's ESL One New York expired. fnatic and Natus Vincere, who are also in Brooklyn for the event, each have one Grand Slam victory under their belt, as the teams triumphed at IEM Katowice and ESL One Cologne, respectively.

For an in-depth look at the attending teams, HLTV.org writer Lucas "LucasAM" Miles has put together a piece covering the key storylines of the event.

Taking place right after the FACEIT Major, ESL One New York features some of the best teams in the world, placed in two groups, with the initial matchups being seeded using ESL's own ranking system. You can find both groups below:

The full schedule for ESL One New York 2018 can be found below:

To guide you through the action in the Barclays Center in Brooklyn, ESL has put together the following list of hosts, analysts and commentators:

Youngnibba
No many people who learned it say it is not that difficult as everybody says Try bulgarian or smth like that THAT IS DIFFICULT
2018-09-25 16:52
6 replies
#120
Fadey |

SkG
Part from that I think this will be quite a lack lustre event since several teams most likely have players that knows they're getting dropped plus quite a few top teams missing.
2018-09-25 15:49
#86
dupreeh |

HLTV_EMOJI_POLICE
better than boring ass pimp or that fat NA ex-pro "analysts" they had at the major. at least thorin gives some hot takes and says things that are interesting
2018-09-25 18:03
#200

Solid1
Pansy is a very talented commentator and I'm happy she's joining this event. She bring great insight and excitement that gives this event the energy I enjoy.
2018-09-25 17:51
1 reply
#163 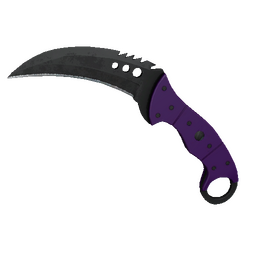