poizon signs with Windigo amid contractual dispute with Bpro

Windigo have signed the young Bulgarian player Valentin "⁠poizon⁠" Vasilev despite Bpro laying claim that the player is bound to their organization.

On the night of October 24 poizon tweeted he would no longer play for Bpro and was immediately linked to a possible move to Windigo. The Ukrainian organization's CEO, Maksym Bednarskyi, then tweeted an offer had been made to Bpro but no agreement was reached between the two sides. poizon's signing could lead to a contractual dispute with Bpro

As the rumours of Windigo's interest spread, Bpro's CEO Alexander Gerenski made a statement to HLTV.org saying that the player was to remain put unless the two organizations could strike a deal.

Having been benched from his team, poizon then claimed to unilaterally break the contract with Bpro, prompting Gerenski to once again say that the player would still be bound by the contract as "he is not allowed to play or represent any other organization until October of 2019, and failure to comply with these terms will result in legal proceedings."

"On behalf of BPro Gaming I would like to inform you that Valentin ‘poizon’ Vasilev’s contract with our organisation is valid until October 2019." Gerenski told HLTV.org

"Windigo Gaming's offer and its terms are not acceptable and explicitly rejected by us. Considering the preceding, any relationships with our player will be considered illegal and qualified player poaching. Maksym Bednarskyi’s statement that poizon doesn’t have any legal obligations is completely false."

Bendnarskyi has now sent out a tweet welcoming poizon and stating that an official announcement would be made soon despite Bpro's recent claims of contractual rights over the young Bulgarian player.

FREE_XELOS
will be interesting to see if these contracts have any power behind them. I dont think bpro will just bend over and take it up the ass, bring on the lawyers.
2018-10-26 15:01
#34

stanislav777mv
Apparently when @GuunaR cannot buy a player he steals it. @poizonCSGO stated that he is leaving and signed for Windigo within 24 hours while breaching his contract. This is well planned and organized theft of a player by @WindigoGG twitter.com/Bpro_gaming/status/105579754..
2018-10-26 15:13
8 replies
#38

TheAlMightyNick
Im only knowledgeable about these things in the us. It will be a little different since hes in a very different country but if they dont just release him im sure a fine will be involved
2018-10-26 18:01
1 reply
#53

pistolen
But what does it matter that he signs a new agreement? Why even take photos of it? He can apparently just walk away anyways? What a spoiled little shit kid. Read the contract before signing.
2018-10-26 15:36
9 replies
#43
s1mple |

pistolen
So what? One wrong saying in a heated public case is not enough to conclude that it is fair to break the contract. It's still a contract and he is acting like a kid. I really hope they take legal matters and sue his ass cuz this shit is bad for the sport.
2018-10-27 10:21
#56
s1mple |

TheBlackSwordsman
Sweet hope i get to see much more of windigo Would love to see them at the major soon but not the next one because i need my mouz north and optic
2018-10-26 18:06
#54

virtussss
this stupid org Windigo must be sued,keep a super playar like spellanon the bench and steal players from other org
2018-10-26 21:57
1 reply
#77

Xipingu
So Bpro cannot strike a deal with another org for a player who said he isn’t going to play for Bpro anymore? Sounds like a shitty and/or delusional negotiator has been over this. Either Bpro doesn’t pay salaries, or they are doing this out of pride.
2018-10-27 21:34
#76

kig3
looks like their player already planned to jump ship and didn`t care whether there is a deal or not what deal are you talking about
2018-10-28 16:20
Login or register to add your comment to the discussion. 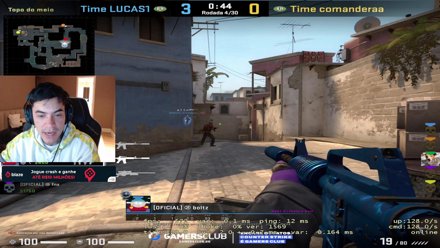