The Finnish representatives at IESF, HAVU, were dominant in the grand final against Flow and secured the title after a 3-0 victory (16-6 Dust2, 16-4 Cache, 16-8 Train).

IESF World Championship 2018, held in Kaohsiung, Taiwan, featured 26 teams from all over the world, with the event being "Olympics style", meaning teams could only feature players from one country, as well as there being only one team representing a country in competition.

The tournament started with a round-robin, BO1 group stage, where some notable teams were already eliminated such as Cong "⁠crazyguy⁠" Anh Ngo's Revolution and Manuel "⁠SolEk⁠" Zeindler's Berzerk, as well as the fairly unknown Danish representatives AaB. zehN's HAVU breezed past their opposition at IESF

However, the best teams at the event, such as HAVU, Nexus, Flow and FrostFire passed the group-stage test and advanced to the playoffs. In the first leg of the playoffs, the Swedish team Flow eliminated SCARZ Absolute and managed to reach the final after taking down Ground Zero and Beyond.

On the other side of the bracket, HAVU had tougher opposition and started the playoffs by beating UltiCoin after two strongly contested maps. Then they faced two notable opponents, Giants and Nexus, but took them down easily, not giving up more than 10 rounds over the course of both series.

That brought us to a Nordic grand final between Flow and HAVU, but the BO5 wasn't much of a game. It started on Dust2, where HAVU converted a 10-5 CT side into a 16-6 win with a near-flawless T side, before moving to Cache where Jesse "⁠zehN⁠" Linjala had a great game, 28K-11D, helping his team to a 16-4 victory. The third and final map was Train, and it was the most contested one, in part due to Flow winning both pistols. But with rifles, HAVU was the dominant team, and after finishing the T side 9-6 up, calmly closed out the match, 16-8. 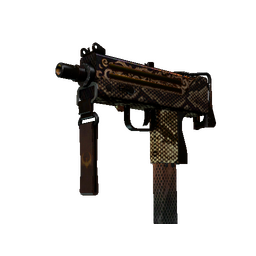