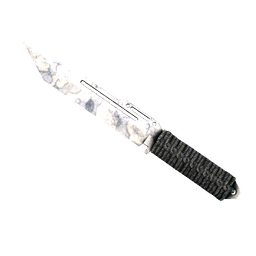 Sharks have secured a spot at the ESL Pro League Season 8 Finals after defeating Isurus 3-1 in the grand final of ESL LA League Season 2.

The opening map of the best-of-three series, Nuke, quickly became a one-sided affair. It was Isurus' pick, but anyone watching the game would have said otherwise as the Argentinian side struggled to break through the water-tight Sharks defense, with the Brazilians cruising to an 11-2 lead on the back of some impressive individual plays, including an ace by Leonardo "⁠leo_drk⁠" Oliveira and a 1v3 clutch by Jhonatan "⁠jnt⁠" Silva.

It was only then that Isurus finally managed to string rounds together, bringing the deficit to seven before switching to the CT side, but then they were dealt a heavy blow as they wasted a 3v2 advantage in the pistol round. Sharks had the economy control and were far too ahead for Isurus to make a comeback, eventually locking down the map in the 21st round.

Mirage was almost an exact copy of Nuke, but this time with Isurus in command. The Argentinians came out looking for revenge and bagged a 12-3 half-time lead after preventing Sharks from stringing rounds together, with Nabil "⁠nbl⁠" Aleua impressing for his team.

Down 3-12, Renato "⁠nak⁠" Nakano's troops kept their hopes alive by winning the pistol round following an A retake. However, their recovery was short-lived as Isurus regained control after buying up in the third round and only eased off the gas once they had the map secured. Sharks will compete at another edition of the EPL Finals

Carrying their momentum into Dust2, Isurus continued to show their prowess in pistol rounds and hopped out to an early lead. The Argentinian team were caught off-guard in the third round by a B stack from Sharks, who were on an extremely low buy. The Brazilians held off the Isurus line-up for most of the half, preventing the Terrorists from getting any economic development, and could have hit double digits if it were not for a timely flank by Gabriel "⁠1962⁠" Sinopoli in the final round.

Isurus were unwilling to let the game get out of hand and won the pistol round and the subsequent anti-eco to cut the deficit to a solitary round. Sharks responded with a third-round buy and followed that up with another round thanks to a trio of kills by Raphael "⁠exit⁠" Lacerda in a 2v3 situation, resetting Isurus' economy.

Controversy then erupted in the game as exit's computer crashed during a B execute, causing him to kill two team-mates. The two teams had already traded blows by then, but after a lengthy technical pause - one of many throughout the series - it was decided that the round would be restarted. Coincidence or not, the Argentinian players were in complete disarray after that and could not keep Sharks from running away with the game.

Isurus got off to a flying start on Train as they cruised to a 9-2 lead on the CT side after losing the pistol round. A shell-shocked Sharks then finally woke up from their slumber, picking up four rounds in a row before switching to the CT side.

The Brazilian team looked the livelier of the two sides after the break, but all of a sudden they lost control of the game, with Isurus wreaking havoc in the Brazilian defense to increase their lead to 13-9. It looked like the series would go to a fifth map, but Sharks picked themselves up and kept their opponents at bay for the remainder of the half, putting the game and the match to bed in the 30th round.

This will be Sharks' second consecutive appearance at an ESL Pro League Finals. At the Season 7 event, the Brazilian team went out 13th-16th after recording losses to mousesports and Cloud9, though they raised eyebrows by taking a map off the ELEAGUE Major Boston champions.

nak's side, who are also qualified for PLG Grand Slam, have another tough test coming up as they will be taking part in the closed qualifier for the Americas Minor, in which they will be facing W7M in the first round of the double-elimination bracket.

The ESL Pro League Season 8 Finals will be taking place in Odense, Denmark, from December 4-9, with $750,000 on the line. The team list for the event looks as follows: xdcc
They even played in ELEAGUE Major Main Qualifier but it wasn't considered part of major back then whereas today it's challengers stage.
2018-11-15 10:32
1 reply
#56

Jonathan E. - HLTV.org
'An Argentinian talking in English to another Argentinian' Most likely due to the fact that this is an international site and you should post your comments only in English. Thank you in advance.
2018-11-17 00:41
#29

sh4dowfax
With teams being allowed to play in lower-tier regions without being established there, CS will never end up developing in those regions, and they'll keep being lower-tier.
2018-11-15 18:10
#55 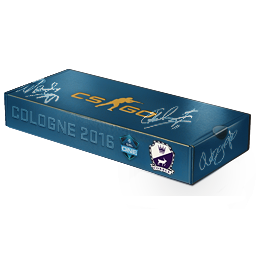