Heroic have defeated TYLOO 3-2 in the grand final to become the champions at Toyota Master Bangkok.

The best-of-five grand final at the $100,000 event kicked off on Dust2 where the CT-sided Heroic claimed the pistol round thanks to a quad kill by Daniel "⁠mertz⁠" Mertz. TYLOO were able to tie things up after Heroic took the first two rounds but the Danish team responded by picking up seven in a row to lead 9-2.

TYLOO answered back with three consecutive rounds but the final round of the half went to Heroic as Andreas "⁠MODDII⁠" Fridh got an ace. Adam "⁠friberg⁠" Friberg & company had a jolly time on the T-side, winning the first six rounds and closing out the map 16-5. mertz played a crucial role in the grand final

TYLOO started on the T-side on Overpass and secured the first four rounds. After Heroic took four of their own, Kevin "⁠xccurate⁠" Susanto clutched a 1vs3 to reclaim the lead (5-4). HaoWen "⁠somebody⁠" Xu's ace made it 8-5 and TYLOO led 8-7 at halftime.

The Chinese side were close to winning the map in the second half as they had a 15-13 lead. However, Patrick "⁠es3tag⁠" Hansen clutched a 1vs3 in the 29th round to deny the first map point. Then, MODDII and friberg salvaged the final round despite a 2vs5 disadvantage to take the game to overtime. Heroic won the map 25-23 following triple overtime.

Just like on Overpass, Heroic managed to deny multiple map points on Train where both teams got 10 rounds on the CT-side. TYLOO had a perfect T-side in overtime and took the 19-17 map victory. TYLOO almost came back from 0-2

mertz & company began Mirage on the CT-side and led 7-1 after eight rounds. TYLOO went on a six round streak to tie the game at 7-7 but Heroic finished the half in front after taking the 15th round. Even though Heroic grabbed the first three rounds in the second half and extended their lead to 11-7, TYLOO put up a strong defense afterwards to win the map 16-12.

Heroic were on the CT-side to start Inferno and ended the first half with a 9-6 lead. friberg & co. won the map 16-13 to take the 3-2 series victory, becoming the champions at Toyota Master Bangkok.

The full standings at Toyota Master Bangkok 2018 can be found below:

BoBoKonsistenz
FINALLY Numba one Mum are you proud of me? Wp Heroic. Friberg: King of banana did it again Btw Heroic second best danish team after Astralis
2018-11-25 15:07
32 replies
#19

Shaperz
Cool bro, didn't watch any of this final or the event itself but from the score It looks like it was pretty close, wp by tyloo keeping up with eu teams even if heroic is not amongst the strongest in eu
2018-11-26 12:06
3 replies
#189

Slasher8888
yea, good thing you didn't XD. This event is one of the worst event this year, even if tyloo won. Long delays, server issues, technical problems, stream inactive for one of the games, and even health issues such as Captainmo's mouth infection. But yeah, wp by tyloo, but now they need to step up their game from personal performance to more teamwork. Just saw the ECS grand finals, and i have to say i saw more cs in those match than any of the teams in this event. Good luck next time tyloo, although it was really depressing for me. Watched the whole damn event from 3 to 10 pm, hoping that i would witness tyloo's first international LAN victory, but no i guess :(
2018-11-26 12:10
2 replies
#193

Shaperz
yeah, you can't really compare the teams attending ECS and Toyota masters Bangkok, ECS had top teams attending while Heroic were the favourites in Bangkok and they are ranked 18th in hltv rankings, hopefully Tyloo can reach higher levels, I kinda liked them when they attended their first major, even though that was a slightly different roster
2018-11-26 13:04
1 reply
#194

XIII
yea, i dont hope tyloo will step in final anymore before they beat ago .and the final i think maybe we can try the 1st . the whole bo5 tyloo have more problem about co-op with their items , but Heroic especially es3tag deserve the title.
2018-11-25 18:39
1 reply
#167

dokunug
ANd would you look at that, Mo bottom frag, with only person close to him is bntet, who is IGLING, so is expected to pik up less frags than anyone else... why cant people see that they need to drop mo to coaching and pick up a hard core rifler who an actuall frag with the rest of the team.
2018-11-26 14:12
Login or register to add your comment to the discussion. 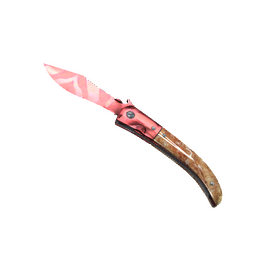