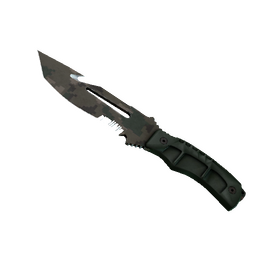 The final open qualifier saw 99 participants battle their way through the single-elimination bracket, where four teams met in the best-of-three deciders for a chance to join likes of NRG, Ghost and eUnited.

Old Guys Club were the first to make it through with Sean "⁠seang@res⁠" Gares leading his squad of retired legendary pros, easing past Hysteria 16-5 before defeating LiViD in two maps, with Jordan "⁠n0thing⁠" Gilbert posting a 1.44 rating in the series. On the other side of the bracket, Peter "⁠ptr⁠" Gurney's Test Takers squad cruised through their opponents, only dropping seven rounds between Dogs of War & Grizzlys, before reaching the BO3 decider against the boyz, where a close two map series earned them a closed qualifier spot.

The 16 team closed qualifier is set to kick off December 12-14, where six spots at the Americas Minor in Katowice, Poland will be up for grabs.

drattus
Easily is an exaggeration. As much as i love the boys they do not prac or prep strats at all. If they have an off day where shroudie ska and jordan don't hit shots they can definitely lose to a legit team.
2018-11-28 09:47
2 replies
#149
f0rest |

Ironwolf21
Yes Shroud is playing for the team during any tournaments. He is streaming for his money but will play for the team in qualifiers and matches - they were talking about it during the match last night.
2018-11-28 14:50
#22

tsarbae
they only moved in feb, they have gone really really close multiple times losing in a couple of finals vs teamone and swole patrol but they made dreamhack and went from 120th to 43rd so not bad..
2018-11-28 07:49
#158

cedd
actually they have made a lot of progress since moving to NA earlier this year. They could break through and qualify for a LAN any time if they keep putting in the work.
2018-11-29 02:08
#39
rain |